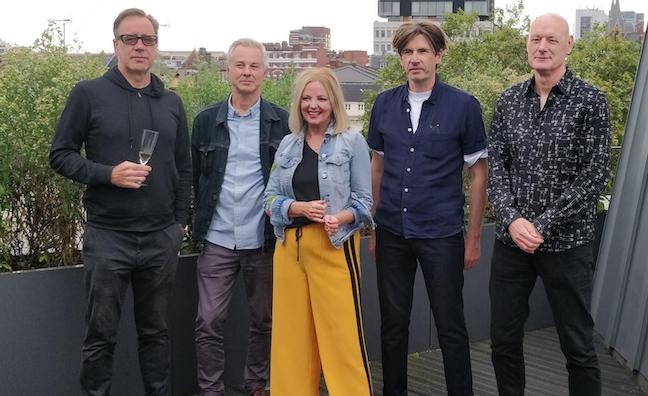 Altered Images are coming back with a new album - their first since 1983.

Cooking Vinyl have announced the signing of the much-loved Scottish band to a worldwide artist services deal.

Altered Images, fronted by singer Clare Grogan, had four UK Top 20 hits between 1981 and 1983, including the singles Happy Birthday and I Could Be Happy. The band had three Top 30 albums.

After a 38-year hiatus, the band are currently putting the finishing touches to the first Altered Images music since Bite was released in 1983. The album is being produced by former Altered Images band member and producer Stephen Lironi and features songs Grogan has co-written with Bernard Butler, Bobby Bluebell and original Altered Images bass player Johnny McElhone. The release is planned for early 2022.

“I’m totally thrilled to find myself in this position,” said Clare Grogan. “I can’t explain why it felt the right moment in time to make a new Altered Images record but I found myself compelled to make it happen and very fortunate to know so many talented people to call on to join in. I can’t wait to get it out there!”

I’m totally thrilled to find myself in this position

“The new songs sound as good as the hits from the ‘80s and what’s more they sound fresh and contemporary,” said Cooking Vinyl MD Rob Collins. “This is definitely a record that looks forward and not backwards.” – Rob Collins, Cooking Vinyl, Managing Director

Grogan has occasionally performed live under the name Altered Images.

At the same time as finding fame with Altered Images, Clare Grogan also appeared in the 1981 film Gregory's Girl. She has also acted in Red Dwarf, EastEnders, Father Ted, and Skins. In recent years she has also become a presenter on UK television as well as a children's novelist.