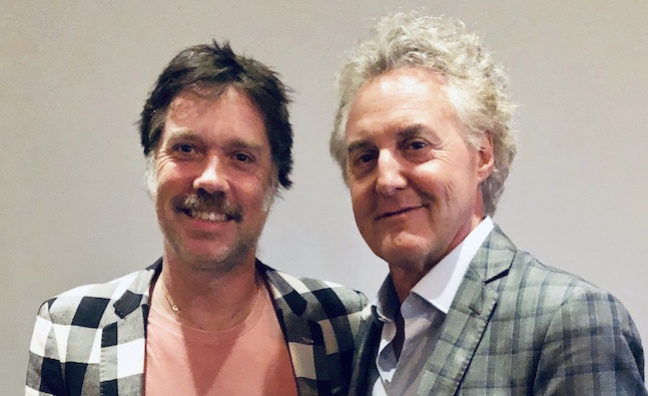 His last full-length release, Out Of The Game, was released in 2012 by Universal Music.

Wainwright said: “Excited to join the BMG family. I have been feeling the love worldwide. The record business certainly has changed and I have to say with BMG it has changed for the better.

John Loeffler, BMG’s EVP, marketing & repertoire, New York (pictured with Wainwright), said: “An absolute inspiration, Rufus’s artistry knows no bounds and he continues to be one of the world’s most inventive and thought-provoking songwriters. His new music has excited BMG across the globe and we’re ready to deliver his new masterpiece to his fans around world. We are honored to be his partner.”

He has collaborated with a wide range of artists including Elton John, David Byrne, Boy George, Joni Mitchell, Pet Shop Boys, Robbie Williams, and producer Mark Ronson among others.