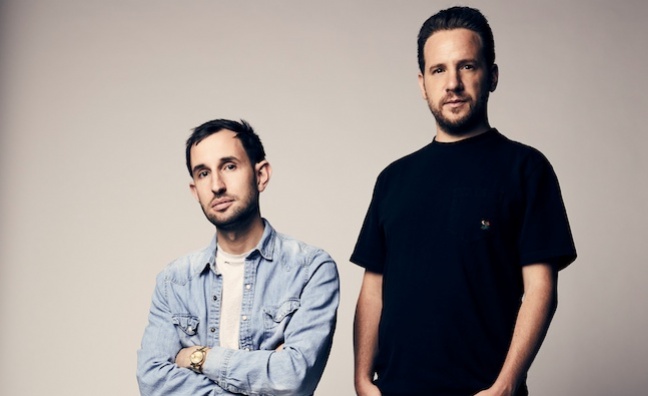 Atlantic Records US A&R execs Brandon Davis and Jeff Levin have been promoted to executive vice presidents and co-heads of pop A&R.

Based in Los Angeles, both report to Atlantic president of A&R Pete Ganbarg. Davis and Levin were most recently senior vice presidents of A&R.

“At Atlantic, we pride ourselves as much in executive development as we do in artist development,” said Pete Ganbarg. “Both Brandon and Jeff have worked at Atlantic their entire professional lives, rising from entry level intern and assistant positions to become an integral part of the leadership of our A&R team.

“The new artists they’ve signed and championed, including Lizzo, Melanie Martinez, Oliver Tree, Charlie Puth, Ava Max and Jaymes Young, are now cornerstones of the roster. I couldn’t be happier for them and am thrilled to recognize their contributions with these well-deserved promotions.”

“Our mission has always been to attract, sign, and nurture the greatest talent across every genre,” said Atlantic Records chairman & CEO Craig Kallman. “Brandon and Jeff are our pop A&R stars, bringing us a string of game-changing artists. They’ve got spot-on musical instincts, combined with the insight and ability to nurture artists at every stage of their careers. As Pete said, they’ve literally grown up at this company, and I join him in congratulating them on their new leadership posts.”

“My goal has always been to help give a platform to the generational talent and creators with whom I’m privileged to work,” said Brandon Davis. “I couldn’t be more honoured to help lead our A&R team and continue Atlantic’s tradition of signing and developing the most important and culturally significant artists of our time. I want to thank Pete, Craig, and Julie [Greenwald] for their incredible support and this wonderful new opportunity.”

“Since joining the A&R department over 10 years ago, my priority has always been artist development,” said Jeff Levin. “I’m honored and humbled to continue working and growing with artists in my new role. As we continue to navigate an ever-evolving and disruptive marketplace, I’m confident in upholding our artists’ visions and our creative mission. I can’t thank Pete, Craig, and Julie enough for this incredible opportunity. I look forward to the future now more than ever.”

Brandon Davis joined Atlantic 11 years ago as an assistant in the A&R department. In 2015, he partnered with producer Ricky Reed to sign Lizzo, who Davis has developed and A&R’d ever since. Among his other projects, Davis helped A&R the smash original soundtrack album for The Greatest Showman, as well as serving as associate producer on The Greatest Showman: Reimagined and a producer on the award-winning soundtrack Birds of Prey: The Album. Most recently, Davis co-A&R’d Charli XCX’s chart-topping album Crash, and Ava Max’s forthcoming sophomore album.

Jeff Levin started at Atlantic in 2010 and has since A&R’d a wide range of artists across the Warner Music Group. Among his signings is Melanie Martinez, whose album Cry Baby yielded 17 US platinum or gold singles. Levin A&R’d Ben Platt’s debut album, Sing to Me Instead, and signed Oliver Tree, who scored US platinum singles with Alien Boy and Hurt.

In addition, Levin has worked with Warner Chappell Music, A&R’ing the multi-platinum single Me, Myself & I by G-Eazy and Bebe Rexha, as well as signing Logic to a worldwide publishing deal. Levin also A&R’d Rexha’s debut album, Expectations.