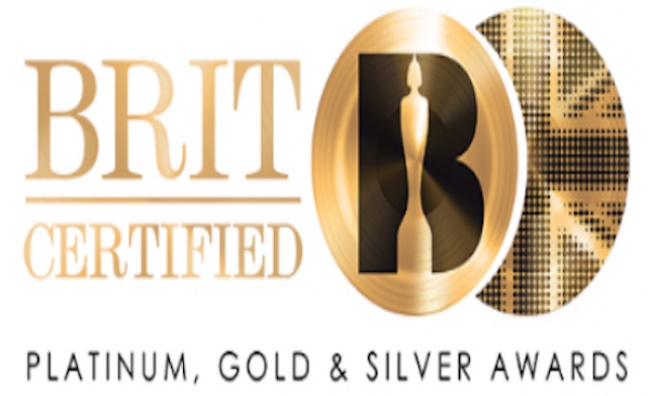 Today (April 6) it has been revealed that the BPI Awards issued to singles and albums upon achieving particular sales/streaming landmarks will be rebranded The BRIT Certified Platinum, Gold & Silver Awards. While the OCC sales thresholds for The BRIT Certified Awards will remain unchanged, BPI has confirmed they will come under regular review to ensure they remain relevant.

The first singles to be acknowledged with a new BRIT Certified Award will include Stormzy ft. MNEK’s Blinded by Your Grace Part 2, which goes platinum, Camila Cabello’s Never be the Same, which goes gold, and George Ezra’s Paradise, which turns silver.

The first album to go platinum with a new BRIT Certified Award identity will be The Weeknd’s Starboy.

Artists and their labels value the recognition of their recording successes through an official certification, and a Platinum, Gold or Silver disc on the wall is an iconic memento of musical achievement

The Awards will still be administered by the BPI and will become part of The BRITs family, with updates to be announced weekly every Friday via The BRITs official Twitter, Instagram and Facebook social media accounts, and reposted by BPI channels.

The change comes 45 years after the BPI first introduced the scheme in 1973 and was conceived to help the Awards reach more fans and help The BRIT Awards engage music listeners in a year-round conversation about British music.

Speaking about the change, Geoff Taylor, chief executive BPI & BRIT Awards, said: “The BPI’s Platinum, Gold and Silver Awards are woven into the narrative of British music and are the official mark of a record’s popularity. Artists and their labels value the recognition of their recording successes through an official certification, and a Platinum, Gold or Silver disc on the wall is an iconic memento of musical achievement. On social media fans love to celebrate their favourite artists reaching a big new milestone. Given that The BRITs are the UK’s biggest platform for artistic achievement, with millions of fans at home and around the world, it makes sense for the BPI to bring the official sales awards under the BRITs banner.”

The current sales thresholds for the awards are:

A new Breakthrough category is additionally being introduced in order to help support new or more recently established artists. Albums will be eligible when they become the first title by an act/artist to reach the 30,000 units mark.