Businesswoman Of The Year Rebecca Allen on the future of Decca 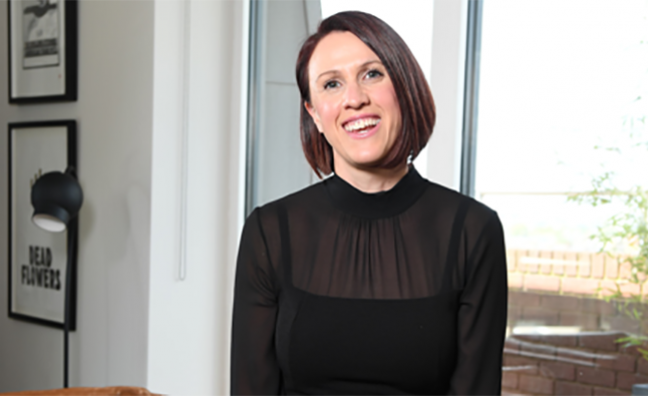 She might be the Music Week Women In Music Awards’ reigning Businesswoman Of The Year, but don’t expect Rebecca Allen to rest on her laurels.

Allen – made Universal UK’s first female label president earlier this year when she was promoted to president of Decca Records Group UK – picked up the Businesswoman Of The Year gong at last week’s Women In Music ceremony, after one of the label’s most successful years in its long history.

Allen has launched a string of successful projects, including Michael Ball & Alfie Boe – whose Together album was 2016’s biggest-selling release – plus the likes of The Shires, Gregory Porter, Rod Stewart and Dame Vera Lynn. And now, speaking exclusively to Music Week, she’s revealed her vision for Decca – and it involves being much more than 'just' a record label.

“If you were to ask where I see ourselves in five or 10 years time, I’d like to see us as an entertainment company,” she said. “Decca is the shop window, you come in the door and you have Decca Records, Decca Publishing, Decca Management potentially and you’d have the other Decca businesses going on. There’s no reason why we couldn’t have a Decca Live part of the company. You’d have a bespoke service. People might sign just to our publishing or the record company or they might sign to it all.”

Decca launched its music publishing arm at the end of last year, recruiting Imagem’s Natasha Baldwin to run the division, and debuted new “post-classical” label Mercury KX in February. Allen has also quietly launched luxury brands division Decca Luxe and invested in two management companies and said she sees the diversification of the business as crucial to its future.

“Our biggest challenge is keeping Decca relevant,” she said. “I have such a duty to ensure the longevity of this fantastic label and that’s what I want to do.”

In the meantime, Ball & Boe’s second album, Together Again, continues to fly high in the charts, having narrowly edged a chart battle with Stereophonics to debut at No.1.

For the full interview with Allen, see this week’s print edition of Music Week – or subscribers can click here. To subscribe to Music Week and never miss a vital music biz story, click here.