Calling for change #2: How the 2020 Roll Of Honour would transform the music industry 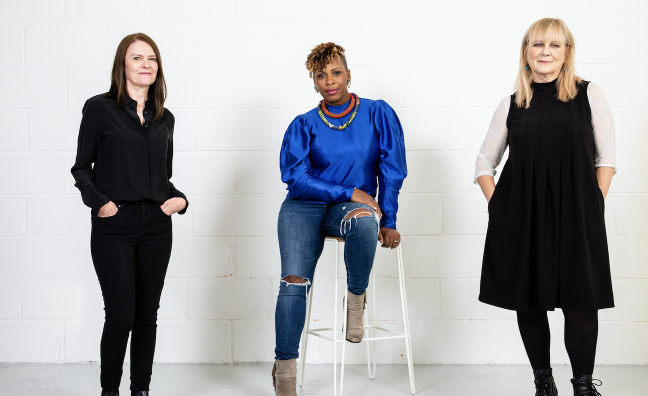 Earlier this week, we kicked off our series of Q&As with the Music Week Women In Music Roll Of Honour 2020 by asking 12 of this year’s inductees what they would change about the music business.

Today, we pose the same question to the second half of the list, to hear how our star executives want to mould the industry for the future.

Click here to revisit the first installment, and don’t forget that there full Q&As with everyone on the Roll Of Honour on our features page.

We’ll tell the stories of 12 more honourees in next week’s edition of Music Week. Now, read on for a glimpse into the music industry to come…

“I would love to see more encouragement given to having a healthier work-life balance. Times are changing and it feels like the right time to implement more flexible working models, especially in a post-Covid world. Sony is already doing this with progressive policies like flexi hours, premium days and providing more mental health and wellness resources. Hopefully, remote working during lockdown has shown the benefits of it, so it can be more widely adopted across the industry.”

“Support and flexibility for working parents has been something I’ve been more keen to see, having had my two children in the past few years myself. Speaking to other working parents, and specifically mothers, I know how hard it is to juggle a busy challenging job and family responsibilities. I’m fortunate that the BBC has given me that flexibility since I returned, but I know that that understanding isn’t always there in other companies. It would be a waste for companies to lose talented members of staff when a small degree of flexibility could be all it takes for them to stay in the industry.”

“One of my biggest passions is diversity/inclusion and fairness within the industry. We have shockingly disproportionate gender and diversity pay gaps within the industry, which need to be tackled face on. I would also love to see more black women and women of colour in senior positions across the board, especially within the long-standing organisations that uphold our business. By diversifying the people at board level, there will be much more insightful and fruitful discussions that consider a range of cultural perspectives. Diversity is not only proven to inspire creativity, but it also boosts profits and innovation from a business standpoint.”

We have shockingly disproportionate gender and diversity pay gaps

“It’s really important that the music business always remembers that the success of any project is due to all of the people involved, and each person in the chain is important and should be valued. At Proper, we really value our warehouse teams as without them artists would not get their products in time, our record stores would be empty, and the music and products we care about would not reach the world in the same way. Many people forget that distribution exists for everything, from your supermarket groceries to the latest No.1 vinyl record filling the shelves, and each person involved in the chain is playing an important part in making the magic happen. So what I’d like to see change the most is seeing more appreciation and recognition for the people working in the background.”

“The one thing I would change is assumption. The assumption that we know what a person is about, whether they are marketable or employable or not. Setting the trajectory of a person’s career or success based on anything other than their skill, talent and contribution is a massive disadvantage that holds us all back. We have numerous examples of success stories and smash hits that were deemed as flops to now know better than to be so subjective.”

"This might be a little controversial, but I’d like the whole music business to be a bit more respectful of the job that promoters do. The days of brown envelopes and last minute fee deductions are hopefully long gone, but I feel that there is still a stigma attached to the role. In my experience, promoters are extremely professional, dedicated and passionate about the bands they work with. They take on most of the financial risk and are regularly lose money at the start of a band’s career. Companies like Kilimanjaro also have skilled teams in marketing, artwork, ticketing and production to make sure the shows are as successful as possible, yet sometimes the deals make it challenging for them to make any profit, even on sold shows."

“We need to close the gender and ethnicity pay gap and we need to have more diversity at all levels, from the most senior levels down because, if we can’t see it, how can we be it? How can we reverse unconscious bias if the people at the top look nothing like the people at the bottom? There is an urgent need for more black, brown and female role models at CEO and Chair level. The amount of talent in the industry from diverse backgrounds is undeniable, it’s now time to bring about change at a serious pace.”

“I really think the dynamic of how a lot of company’s are run should change. We are in the 21st century after all. I really believe that all business now should focus on the culture they create, the support they offer to their work force and the change they can make to the world outside their business by leading by example. I think everyone should try and lead their business in this manner and get help if they need it to evolve radical changes because its more than possible to imagine this happening and can be very profitable to do so! I would also like to see a much more diverse work force across the industry and of course I would like to see even more women leading music company’s over the next few years and I firmly believe as an industry we will achieve this.”

“There is still some work to be done on pay disparity between where people start and where people finish. We all know that you begin your career in music for the love not the pay, but once you've proved yourself and need to make that next step up the ladder it can still be a long time before you're earning enough to maintain a happy and affordable existence in London. It's no secret that there is still disparity within pay regarding race and gender in many companies, but I do believe that it's something that is, and will continue to be, addressed.”

We can no longer ignore the disparity in representation

"Of course, 2020 has been a monumental year in highlighting the issues we have with diversity, inclusion and the Black Lives Matter movement. Off the back of this, and something which affects me personally, I would like to see more representation of black people at all levels and in all business units of the industry. I could talk about the current climate further here, but this has been spoken about at length by many people over the last six months and we know the stats, we know there is a lot of work to be done and more importantly we know what needs to be done. We can no longer ignore the disparity in representation and all companies and all individuals within the industry must actively work towards changing the current landscape."

“Most importantly, diversity and inclusivity where progress is being made but there’s a long way to go. Secondly, as artist managers our roles have changed exponentially over recent years. While I love running artist-owned businesses, the financial challenge is huge when developing new talent and funding is very competitive. I wish there were more artist development financial partnerships for both managers and artists.”

"I would love to see a time when the industry isn’t so London-focused. Amazing and creative people, who work both in front and behind the figurative ‘mic’ live all over the UK. If getting a job at a record company wasn’t hard enough, paying rent in London makes it harder."