Charts, change and festive cheer: Top execs on the best and worst of 2018 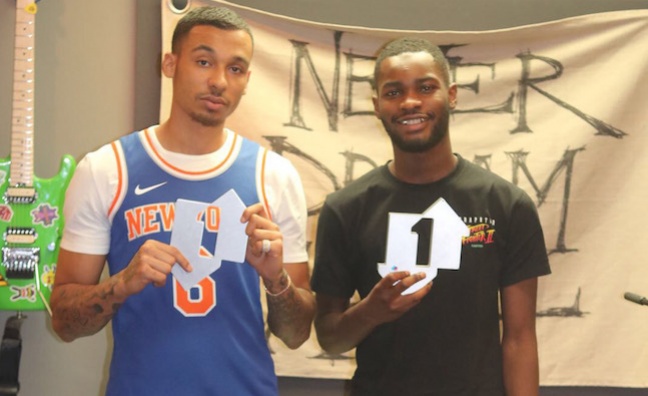 In the new issue of Music Week, we mark the end of another relentless year in the music biz with a look back at the stories that shook the industry, from George Ezra’s success and Spotify’s IPO, to the soundtracks boom and the future for UK drill.

In keeping with festive tradition, Music Week invited the industry to hold court on the moments that defined 2018. In the first of a yuletide series, we present your first chance to reflect on 12 action-packed months. Look out for more execs and further analysis of 2018 as we count down to Christmas.

Read on to relive the year in music...

Best: “Article 13 was passed, and the Music Modernization Act was signed.”

Worst: “Nothing to complain about!”

Best: “Funky Friday by Dave and Fredo becoming the No.1 single in the UK charts. A straight rap record. Really goes to show anything is possible at this point if you have the audience.”

Worst: “Viral internet signings. It is creating such confusion between good music and things that are hot for five seconds on Instagram. Also the cost of getting these record deals done really lowers the value of other quality music and prioritises the wrong things. It causes people who would never even think of a music career to do the absolute most. Terrifying.”

Best: “The gender pay gap publication. Now there’s more awareness and focus on the issues we can proactively get to grips with it."

Worst: “The gender pay gap publication, it made for some uncomfortable reading.”

Best: “The continued growth of streaming is enabling more and more artists to start and build their careers independently, on their own terms, and to reach global audiences. This is a fundamental shift in the music biz model. At AWAL it has been immensely satisfying to be working with independent artists like Tom Misch, Bruno Major, Lauv, Rex Orange County and Madison Beer.”

Worst: “It was very sad to lose Mark E Smith at the beginning of the year.”

Best: “The launch of the global database of women composers on freethebid.com, and the new Female Composers' Forum - thanks to my team at Manners McDade for volunteering their time on this this summer.”

Worst: “The huge amount of uncertainty which 2019 brings has been quite unsettling for the UK industry.”

Best: “Dave and Fredo hitting no.1 with their single Funky Friday in their first week of release and doing it independently. A massive achievement.”

Worst: “The sad passing of several major artists who left us way before their time including Avicii, Mac Miller and Jóhann Jóhannsson.”

Best: “Well aware that we’re just a small part of the biz, but for me it seems that the physical release, and particularly the LP, is no longer an afterthought. It seems to be cemented into an album campaign from before day one, and that means what we do is sustainable.”

Worst: “I’ve been dismayed at an acceptance that a disastrous Brexit may happen and if that happens we just have to deal with it. I’m worried for touring bands and how stock is going to get into and out of the country, and for the economy as a whole.”

Best: “It is inspiring to see the impact the music industry can make when it rallies together behind a common cause. National Album Day set a great example of retailers, labels, artists and media coming together to change the narrative and re-energise our relationship with the album format.”

Worst: “The growing difficulty of new artists being able to break through, typified by the Greatest Showman topping the charts for so long.”

Best: “The quality of new artists signed and in development in 2018, could be huge when they release in 2019.”

Worst: "Brexit and the thought of the Carnet problems of back in the day returning to our very English shores."

Best: “Streaming has continued to show sustained growth with more people becoming paid subscribers (a 16% jump in the first half of 2018 alone) and that’s good news for industry revenues.”

Worst: “Too many artist deaths. It’s always sad when an older artist passes away but it’s particularly tragic when artists are young and at the nascent or prime stages of their careers - there have been far too many of these in 2018.”

It’s always sad when an older artist passes away, but it’s particularly tragic when artists are young

Best: “For me, it would have to be the complete scrapping of the — very racist — Form 696. It was actually scrapped on the tail end of 2017, but we had a lot less artists complaining about the police locking off their shows this year. In 2018, black British artists were able to flourish in the live arena like never before; from Headie One and Sneakbo to Fredo and even club nights like Grime Originals, the music industry really felt their presence — and long may it continue.”

Worst: “Gospel drill music. Search those three words on trenchtrenchtrench.com and you’ll find out why. That, and the absence of J Hus.”

Best: "The CMA’s court order against Viagogo was a great result because it means they will now have to overhaul the way it does business by mid-January. Ticketmaster’s decision to shut their resale sites Get Me In! and Seatwave and start a new ethical platform in its place was more welcome news."

Worst: "I prefer not to focus on the negatives, I feel like 2018 was a year where a lot of wrongs have started to be set right."

Best: “The progress made towards narrowing the value gap”

Worst: “Political uncertainty and its impact on our ability to plan ahead. Untimely deaths of 4AD artists Johann Johannsson and Deerhunter’s Josh Fauver.”

Best: “Seeing the collaboration across multiple countries and organisations in support of Article 13. IMPALA's Helen Smith did an incredible job.”

Worst: “I have to say that the Google propaganda machine has been quite disturbing to witness, not just from an industry point of view.”

Worst: "Secondary ticketing – we are getting there but work to do still."

Best: "In 2018 we've seen yet more power handed back to the artists and creatives. With direct access to fans being utilised more and more, we've seen the number of live gigs grow and it’s a much more even playing field. It feels to me as if radio is playing a more important role in terms of cutting through all the noise. We had our biggest 1Xtra Live event this year, selling out the O2, which was amazing. The scrapping of the Form 696 was another big highlight for me."

Worst: "Live music ticket resellers. I understand that there is a demand for tickets across the board but the constant exploitation of fans and artists is way out of control and needs to be stopped."

Best: “Biggest Weekend was a true partnership with the industry and showed how peerless the BBC is at creating a nationally unifying conversation around music.”

Best: “For a number of years, we’ve seen international artists dominating the Australian charts. This year Gurrumul, 5 Seconds Of Summer, Dean Lewis, Amy Shark, and John Butler Trio all took top spots on the charts and reached a global audience through streaming. Indigenous artists such as Gurrumul, Baker Boy and Mojo Juju are incredibly important storytellers for our cultural identity and they’re finally being embraced by mainstream audiences."

Worst: “Controversial ticket resale websites like Viagogo have pushed up ticket prices and affected availability for highly-sought after events. In some cases, re-sellers are selling the same ticket more than one party. Punters are being ripped off and income isn’t flowing back into the music economy, having a detrimental knock on effect. Artists and promoters are now calling for a complete ban in Australia.”

Best: "Fan Fair Alliance and all those connected to the campaign. A breakthrough year."

Worst: "Mark E Smith at the start of the year, Pete Shelley at the end of it."

Best: "The massive strides taken, and objectives achieved, by the FanFair Alliance in their battle against industrial scale ticket touting.  Their tireless efforts will significantly benefit live music fans and artists everywhere for generations to come."

Worst: "The passing away of the culture-defining recording artist and DJ Avicii, whose untimely departure reminds us to always prioritise the mental and spiritual wellbeing of those we work with and care for."

Best: “More access than ever before. The continuation of the barriers coming down - artists and audiences more in control of their interaction with one another than in living memory. More ways to listen to music than ever before, endless ways to reach people. Witnessing the continued power of “self-made” artists taking the leap from bedroom heroes to number one superstars. Anything’s possible. It’s a thrilling time to be doing this.”

Worst: “The continued threat posed to artists’ well-being, mentally and physically. Too many gifted, vulnerable people are suffering at the mercy of the industry’s tireless, voracious demands and expectations. The music business still has its work cut out to nurture and look after those that it depends on in a true way. We need to consciously empathise with and support people at all stages in their careers to ensure they have the right protection.”

Best: "The continued disruption of rip-off "secondary ticketing". Viagogo in under ultimatum to overhaul its practices, Ticketmaster is closing Get Me In! and Seatwave, StubHub is no longer 'official resale partner' at The O2 and Wembley Arena, the misuse of 'bots' has been criminalised, and several large-scale touts are going to court. Meanwhile, consumer-friendly resale is becoming the industry norm. This has not happened by accident, though it's now imperative audiences see the benefit."

Worst: "The Article 13 debate. Let's hope the result is more revenue in the pockets of those who matter."