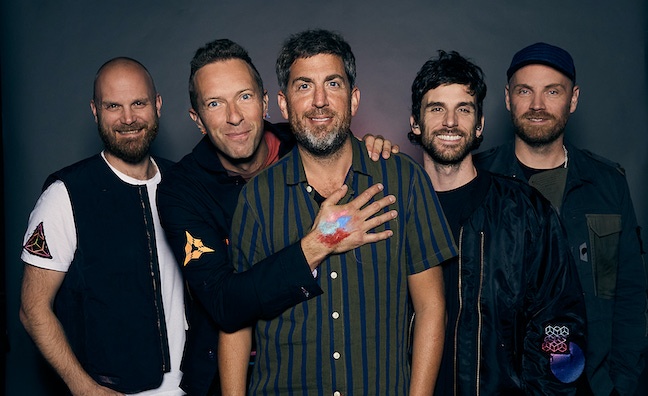 Coldplay and Warner Music are sticking together.

The band and major have renewed their agreement by signing a long-term deal via Parlophone and Atlantic. The band have had a long relationship with Parlophone in the UK for more than two decades, as well as Atlantic in the US since 2014.

"We are super happy to sign with Max, Tony, Mitch, Nick, Julie and everyone at Parlophone, Atlantic and Warner Music, and their worldwide teams,” said Coldplay. “It’s a privilege to work with such passionate, dedicated people and we are really grateful to have that be our band’s home."

“Coldplay became the biggest band on the planet by constantly challenging themselves and reinventing their sound,” said Max Lousada. “They’ve always been great champions of their fellow artists, and their new collaboration with BTS is just the latest example of their boundary-crossing influence and inspiration.

“We’re honoured that Chris, Guy, Will, and Jonny have chosen to renew their partnership with Warner as they continue to make music of amazing creativity and originality, while delighting their millions of fans across the globe.”