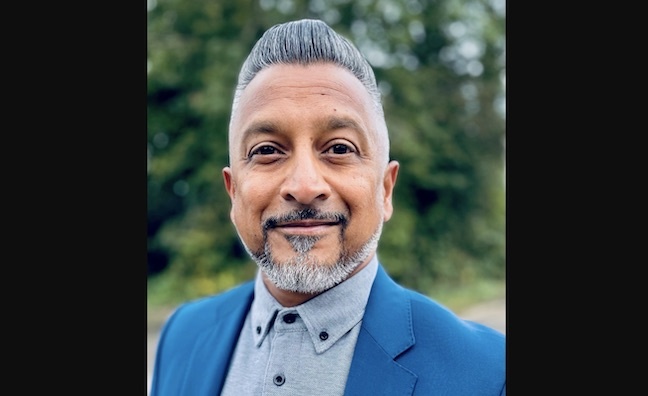 He will report directly to Warner Music UK CEO Tony Harlow. The appointment is effective from November 29.

In his new role, Myn Jazeel, who was most recently senior label and industry relations manager, Amazon Music UK, will be responsible for overseeing and spearheading the marketing activity for the label’s iconic artists, including David Bowie, Fleetwood Mac, Pink Floyd and Prince.

He will also join the WMUK senior leadership team, where he will have a voice in the overall direction of the UK business.

Tony Harlow said: “I’m really excited to have been able to persuade Myn to join us at Rhino/Warner Music UK. I’ve known him for a while, and he’s a thoughtful and entrepreneurial executive who will help us grow our business.

“More and more, the streaming audience is evolving, and both deep and shallow catalogue are seeing the benefits of new audiences being attracted by the ease of voice search and services like Amazon Music. Myn has been at the forefront of driving those consumers in their music choices, and he’s going to help us create huge opportunities for our artists.”

Myn Jazeel said: “I’ve worked with Warner Music, and indeed Rhino, in many ways throughout my career; from running an agency tasked with making TV commercials for their artists, to more recently working on some great strategic partnership campaigns at Amazon Music. No matter the role, I’ve always been struck by Rhino’s unwavering commitment to delivering the very best campaigns for its artists, and I’d like to thank Tony for the opportunity to join this already incredible team – it’s an honour.”

Jazeel began his music industry career in 1991 when he joined Entertainment UK as a music buyer before moving to Telstar TV as general manager in 2000. In 2004, Jazeel set up and ran V2TV, where, as MD, he and his team specialised in TV-advertised compilations, before moving to become SVP of Sanctuary Records TV in 2007.

Following this, Jazeel became MD of ad agency Addiction Entertainment and worked as sales and marketing director for Pete Waterman. He also acted as a senior board advisor to several music and entertainment businesses, including Maven International and Vision21.

Rhino UK has enjoyed catalogue success, including the recent David Bowie TikTok campaign as well as Brilliant Live Adventures, the first D2C-only series from Bowie which features six live albums from 1995-1999. The Toy album will be released later this year.

Rhino releases, such as Fleetwood Mac’s 50 Years – Don’t Stop and Rumours and David Bowie’s Legacy, have been consistently in the UK Top 40 biggest selling albums of 2021, while Spandau Ballet had their first chart success for 10 years with 40 Years: The Greatest Hits.

It was also confirmed today that interim head of Rhino UK, Jeremy Marsh, will remain on board to help transition Jazeel into the business while continuing as a special adviser to the global catalogue team, reporting to president, global catalogue and president, Arts Music, Kevin Gore.