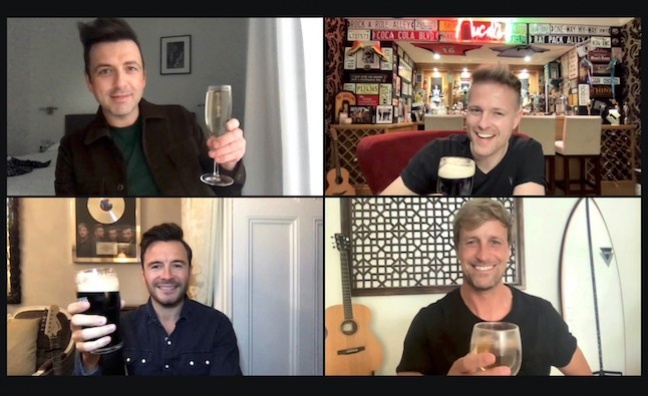 The hugely successful Irish group are currently working on new music, which will be released on the label later this year.

Westlife said: “Not only is it St Patrick’s Day but we are also celebrating our brand new partnership with East West and Warner Music. We have found a record label that share the same energy and high ambitions as the four of us, in what will be a very busy year, where there will be some surprise announcements and of course new music!”

Jeremy Marsh, head of Rhino UK and East West Records, added: “Westlife are one of the most popular and commercially successful boy bands of all time, and we’re thrilled to be working with them to share their new music– their fans are going to be blown away by what’s coming! At East West, we believe we can find new and interesting spaces for them, and we already have a lot of ideas in full swing. It’s also great to be reunited with Sonny Takhar and to be working together again after 20 years!”

Together Westlife, which continues to be made up of four of the original band members – Shane Filan, Markus Feehily, Kian Egan, and Nicky Byrne – have sold over 55 million records worldwide, landed eight No.1 albums, and continue to hold the record for most consecutive No.1s in the UK (seven) and most singles to debut at No.1.

After going on hiatus in 2012, the band reunited in 2018 and released 2019’s Spectrum (EMI), which again topped the charts and recorded the fifth-highest week one sales of the year. It has sales to date of 168,217, according to the Official Charts Company.

Stadium dates were booked for 2020 but pulled because of the pandemic.

As well as landing 14 No.1 singles, Westlife have won two BRITs, four MTV Awards and four Record of the Year Awards, as well as selling 5.5 million concert tickets. They have also sold out Croke Park Stadium in Ireland a record-breaking five times.