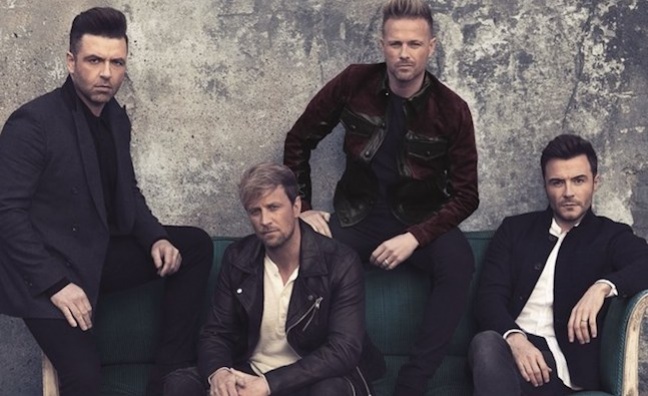 Westlife have confirmed an extensive UK stadium tour in 2020.

The pop act release their first album in nine years this month. Spectrum (Virgin EMI) is out on November 15.

The band previously announced a Wembley Stadium show, which takes place on August 22.

Fourteen further dates have been added in the run-up to Wembley, starting on June 19 at Carrow Road, Norwich.

“We’re looking forward to next summer when we’ll be playing so many fantastic outdoor venues across the UK,” said Westlife in a statement. “The Stadiums in the Summer Tour will see us reach more fans than ever before. The shows will be incredible and will include all of our hits and some surprises. We cannot wait to get back out on the road.”

Westlife have sold over 55 million records worldwide, and are the only band to have their first seven singles enter the UK chart at No.1.