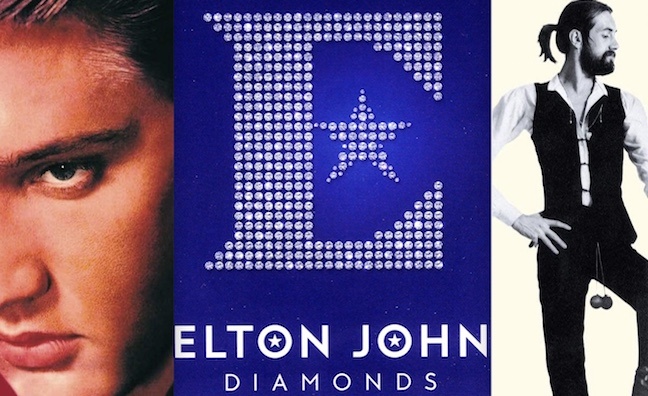 The pandemic may have encouraged us to listen to old favourites in 2020, but it was part of a continuing trend for the growing power of catalogue.

While new music was delayed or put on hold until 2021, classic repertoire made an impact across the albums chart and, at Christmas, the singles chart too.

Drawing on exclusive Official Charts Company data, Music Week analyses the performance of the three main catalogue labels at the majors – UMC, Sony Music CG and Rhino – and quizzes execs from each company. 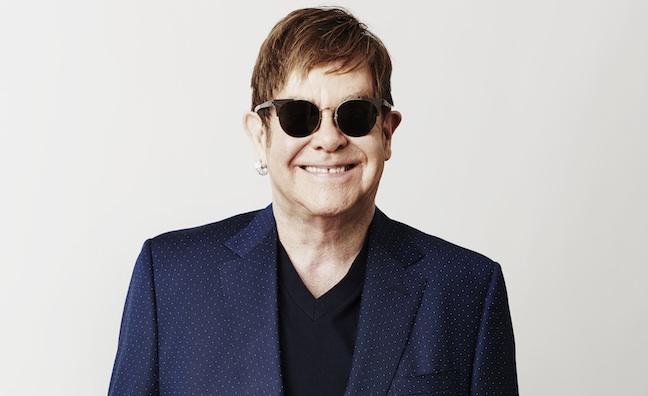 The performance of the Elton John collection powered UMC to a No.9 finish among record companies in the Track Streams market shares for 2020 (2.1% share, up from 1.7% in 2019) – the highest ranked catalogue label. UMC increased streaming volumes by 49% year-on-year to 2.51 million, compared to market growth of 18%.

For the All Music All Albums AES metric, UMC was ninth overall with a 2.9% share (3% in 2019). Here, UMC co-MD Richard Hinkley discusses the label’s performance and the role his team play within the wider catalogue business at Universal Music…

How did you drive streaming growth with UMC catalogue last year?

“Our approach is to work with artists and their repertoire to build long-term engagement with fans and listeners: to create more opportunities to discover and reconnect with their music. This includes artists’ digital comms strategies, the presentation and delivery of audio and video across all platforms, and creating significant moments of relevance that do reach and affect the opinions of large numbers of people. So whether it’s working on a multi-year strategy for delivery of video for U2, working with the producers of a Bob Marley documentary about his time in the UK, or turning the heads of Kooks fans with a strategic release of archive audio, they are all methods of achieving this.”

Physical sales are down – will physical continue to be a key component for catalogue on CD and vinyl?

“Physical formats now carry so much more emotional capital for fans than just being a means of accessing the music. It’s a totem of one’s fandom, it adds additional sensory value: it’s held, viewed, read and admired. This can apply as much for new music as it does for an artist’s catalogue – the best-selling list of vinyl titles in the UK bears this out. For some artists and fans, there are opportunities in their catalogue to create real once-in-a-lifetime products that allow fans to immerse themselves in a way that goes so far beyond the recordings:  Elton’s Jewel Box being a prime example.”

What's the outlook in 2021 for further catalogue growth, particularly on streaming?

“Continual evolution and learning are essential. That’s the only way we can continue to ensure our artists’ work is relevant and finds new audiences. We’re working on long-term plans for many artists, which means 2021 will continue to see the team roll out on-going plans with the likes of U2, Elton, Amy Winehouse, John Lennon, as well as celebrating landmark milestones such as the 50th anniversary of What’s Going On. Those plans and campaigns this year will look very different to how they would have just two years ago, because we’re always evolving.”

Although you had a strong performance on soundtracks such as Frozen, what is the future of the physical compilation?

“Our performance in the compilations market last year shows that with the right release at the right price, there is still good business to be had. It just looks very different from a few years ago.” 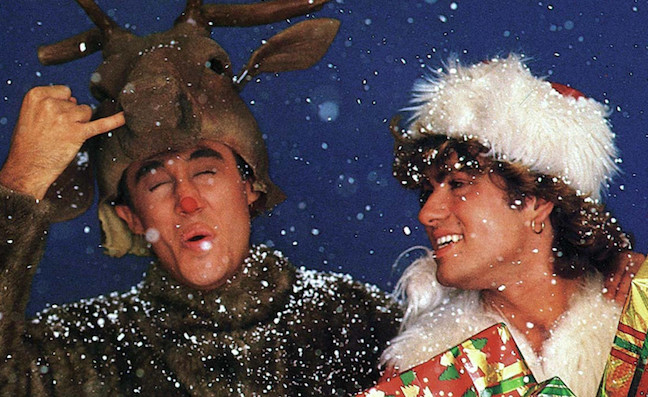 Sony Music CG ended 2020 with a long-awaited result – a UK No.1 single for Wham!’s Last Christmas after 36 years.

Sony Music CG also came out on top among the three majors’ catalogue labels last year in the All Music All Albums market shares with a 3.4% share (down from 4.1% in 2019), which secured eighth place overall among record companies. In the OCC’s year-end charts, Elvis Presley’s The 50 Greatest Hits finished the year at No.71 overall (76,571 sales).

The label was also No.1 again in Compilation Album Sales, where it’s long been market leader (31.4% share), thanks in part to its 50% stake in the Now albums.

How did you achieve your All Music AES result, what was key to the 2020 performance?

“2020 was such a challenging year for everybody. We have always been a close-knit team and I think that helped us adapt quickly to the new, distanced way of working. We kept in regular communication and developed some great campaigns for our artists. The growth of streaming and the exposure to music through so many mediums means that there are now endless opportunities for discovery and engagement – we just try to make sure we are as alert to them all as possible and work with our artists to take them to their fullest potential.”

How significant was the Wham! result after 36 years?

“It’s a huge moment. First and foremost, it’s a testament to the incredible talent of George Michael and Andrew Ridgeley for creating one of the best, most loved songs of all time. Secondly, it was a just reward for everybody on the George Michael/Wham! team for a huge amount of effort and creative thinking over the last few years, which has pushed the song ever closer to that No.1 spot. As with Mariah Carey a few weeks before, there was a massive sense of achievement when we finally reached the summit. My only regret is that we couldn’t be together to celebrate this history making milestone.”

Sony CG performed ahead of the market and increased share on track streams. What's the forecast in 2021 for further catalogue growth on streaming?

“We put a lot of focus on track streams and we spend a lot of time developing ways to improve those numbers. Great music has become timeless. People don’t mind whether the song they like is four years old or 40 years old, and with millions of songs available 24/7 the outlook for repertoire of all ages has never been better.”

What's the outlook for compilation market?

“The market for compilations has dropped since the dizzy heights of years ago. But so long as there is a demand from consumers for this format, we will be there to meet it by one means or another.” 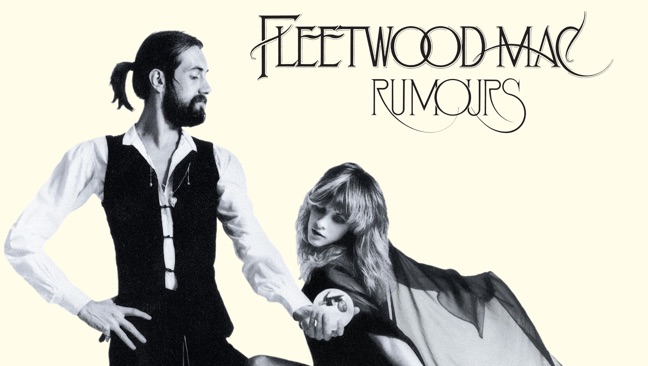 Rhino had a 2.5% share of All Music All Albums last year (2019: 2.8%); and it finished ahead of UMC and Sony Music CG for All Music Artist Albums in ninth position overall, even though its share dipped from 2.8% to 2.5%. The label was also ahead of its two main catalogue rivals for Artist Album Sales, finishing in third place overall with a 5.9% share (2019: 6.4%) behind EMI and Polydor.

The demand for these great artists is not waning

Stuart Wheeley, director of catalogue marketing, spoke to Music Week recently about the success of the on-going David Bowie campaign. The Legacy collection finished the year at No.35 overall (109,359 sales in 2020 - 85,230 from streams and 19,087 physical copies).

Here, we quiz Wheeley about the label’s overall performance and the standout success of Fleetwood Mac…

Rhino came out ahead of your major catalogue rivals in the All Music Artist Albums metric – how can you maintain that in 2021?

“Despite the tough circumstances, as a team we were still able to put together some great campaigns last year. Prince’s Sign O The Times was widely seen as the reissue of the year across media; Joni Mitchell’s Early Years set was up there too. We had big vinyl success with Joy Division’s 40th anniversary of Closer and the related 12” singles, and similarly with New Order’s Power Corruption and Lies featuring Blue Monday remastered on 12”. Collectively, that duo had nearly 25% of the Top 40 vinyl singles in 2020.

“Add in reissues from Fleetwood Mac, Pink Floyd and David Bowie, alongside our artist and multi-artist streaming strategy to make those catalogue favourites a welcome respite for people in these tough times: it was a very full-on year! Obviously we want to maintain that momentum into 2021 and beyond. The demand for these great artists is not waning, and it’s up to us to continue producing quality products and campaigns to keep them as relevant as ever.”

You had huge success with Fleetwood Mac, how will that streaming and physical campaign continue in 2021?

“A large proportion of the streaming growth from Mac last year came from that TikTok moment, and how we were able to maximise it. But ultimately, as I’ve said before, we are very proud that they are our No.1 streaming act, and one that crosses age and gender. The TikTok moment just shows how their music connects and reacts with new audiences, and that gives us a great opportunity, via careful curation of their catalogue, and the right marketing we can continue to build upon their streaming numbers.

"They also remain strong in the physical music space, as evident by Rumours’ stellar sales on vinyl, and I hope that we’ll be able to deliver some more great packages this year.”