Inside the Joy Division 40th anniversary campaign for Closer 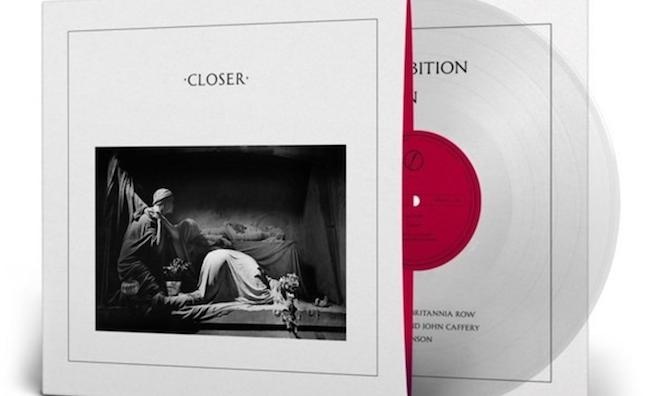 In the last 18 months, the debut album from 1979 has moved more than 28,000 physical copies, in addition to streaming ‘sales’. Four decades after the band’s demise following the death of Ian Curtis, Joy Division have amassed 3,546,196 monthly listeners on Spotify (not far off the 4,918,032 for the still active New Order).

Now Rhino is chasing further Top 5 chart success with the 40th anniversary edition (on limited clear vinyl) of Joy Division’s valedictory album Closer, which originally peaked at No.6 in 1980. New vinyl singles of Love Will Tear Us Apart, Atmosphere and Transmission have also been released.

What did you learn from the chart success of the last Joy Division campaign?

“I think that last year’s chart position really confirmed our belief that the band are still as relevant as ever. We were able to create a really desirable vinyl product and effectively tell the amazing story around it. And although the physical product was a huge part of the success, we saw that people really embraced the anniversary and we were able to grow the streaming numbers across the Joy Division catalogue by over 30% year-on-year. That showed that we had gone some way on our ambition to introduce the band to a new audience.”

What are your chart hopes for Closer?

“We are certainly hoping for another Top 5, and would love this one to go a little higher, of course!”

Have there been any challenges for the campaign and production because of the pandemic?

“Yes indeed, just like so many other releases across the business, there have been challenges this time around. Last year we were able to do some outdoor activations involving the general public, which obviously was not possible. Equally, we did have plans for some experiential and more audience-based events that couldn’t go ahead. So we’ve really had to focus on some more traditional ways to reach people. On the actual production side, we did need to consider the longer lead times, especially as hitting the anniversary date was key. So it was a bit of rush to get everything on time, but the team did a great job of not compromising to get it over the line.”

How did the band get involved?

“I’m proud to say that we have always worked very closely with the band and management. They are not only great to deal with on a creative level, but also Bernard, Peter and Stephen have been very generous with their time doing that all-important promotion. This year’s anniversary vinyl was again put together by Peter Saville and, as you’d expect, looks fantastic. A real treat for the fans for sure.”

Ian Curtis was trending on Twitter on his birthday, is there still an enduring fascination for the band and these songs?

“Absolutely! Ian is such an important figure in the history of British music. It’s incredible that a band who only recorded two albums were able to make such a mark and create a legacy that continues to endure and be a source of inspiration for many. The appetite to hear their story doesn’t waver, and it’s down to us to tell it to new audiences around these momentous anniversaries.”

What are reissue campaigns have you got planned? And how is the vinyl market performing at this time?

“Staying with the theme, we will be working on some more New Order box sets soon, which I’m sure will go down well with the fans. I think like every format, vinyl has taken a hit in this time, but I think we all believe its very resilient and there is still massive demand for quality products. Once the consumer confidence is back, the great work that stores like HMV have done to put vinyl front and centre will hopefully pay off.”