'One of the most influential labels': Warner Music marks 40th anniversary of Factory Records 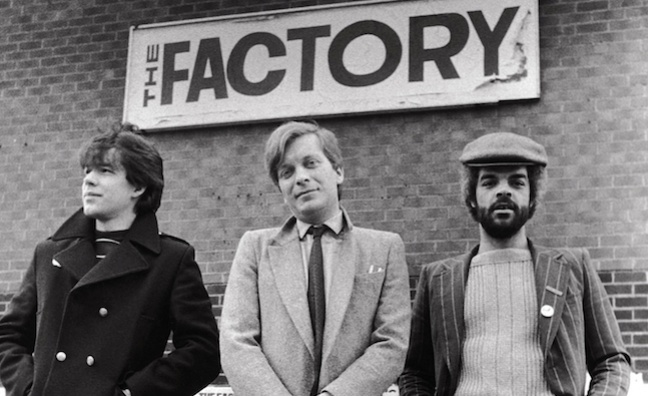 Warner Music has announced the release of two box sets and a special exhibition to celebrate the 40th anniversary of Factory Records.

"It is rewarding to see that the legacy endures and that there is such appreciation of the artefacts,” said Factory designer Peter Saville, who was responsible for iconic Joy Division and New Order sleeves. His poster designs for Factory pre-dated the first music releases.

The early history of the label is traced in a 60-page book with photos by Kevin Cummins and archival interviews with label founder Tony Wilson, Rob Gretton, Joy Division and more. Wilson’s children, Oli and Isobel Wilson, are executive producers on the box set covering the early releases.

“Factory Records is one of the most influential record labels of all time and defined culture,” said Dan Chalmers, president Rhino UK. “It’s an Honour for Rhino records to help celebrate the legacy along with Oli and Isobel Wilson.”

All three original Factory posters are contained in the box as well as the first four records: The Factory Sample EP (Fac 2), All Night Party by A Certain Ratio (Fac 5), Electricity by Orchestral Manoeuvres in the Dark (Fac 6) and classic album Unknown Pleasures by Joy Division (Fact 10).

The Use Hearing Protection box is strictly limited to 4000 units worldwide and will be released on October 11.

To commemorate the early works and on-going influence of Factory, there will be an exhibition Use Hearing Protection FAC 1 – 50 / 40, taking place at Chelsea Space. The exhibition will tell the story of its formative years from 1978 to 1982 through the first 50 numbered Factory artefacts, including works by Peter Saville, Joy Division, New Order, A Certain Ratio, Durutti Column and Linder Sterling.

Curated by Jon Savage and Mat Bancroft, the Factory exhibition is being featured in this year’s London Design Festival and will be free entry, running from September 13 until Friday October 25.

An expanded exhibition, with the Use Hearing Protection, FAC 1-50 objects at its core is being developed by the Science and Industry Museum in Manchester. It is due to open July 2020, telling the story of Joy Division and the founding of Factory Records in the city.

Originally issued as a 4 CD box set in 2009, Communications 1978-92 is curated by Jon Savage, with booklet notes by Paul Morley and James Nice.

Factory: Communications 1978-92 will be released on November 8.