Now's Peter Duckworth on the physical future of the compilation brand 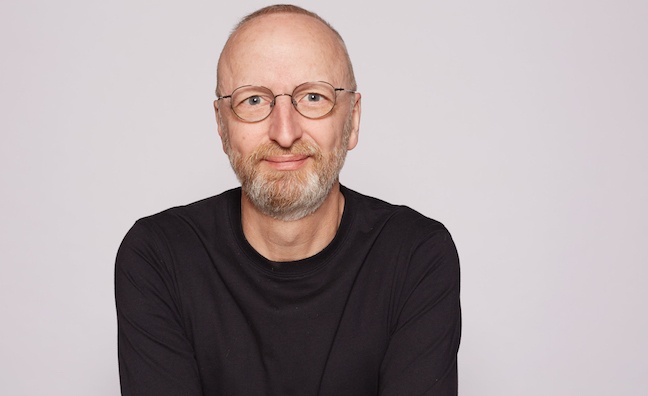 There’s been a tussle in the albums chart this week between former chart toppers Dua Lipa and Lewis Capaldi and new entries by D-Day Darlings and Hayley Williams.

But none of them looks set to outperform the weekly sales of Now That’s What I Call Music 105.

In the latest issue of Music Week, we reveal the streaming ambitions for the Now brand as it continues to evolve. In its 37-year history, Now has been released on cassette, vinyl, CD, VHS companions, MiniDisc, downloads and, more recently, as a streaming app.

Now 105 is set to debut at No.1 on the compilation charts, following a delayed release by three weeks because of the impact of Covid-19 on retail and distribution.

“We're constrained by HMV stores not being open, although they are online,” said Now co-MD Peter Duckworth. “Amazon and the supermarkets have been prioritising essential [products], quite rightly, but Amazon has loosened up a little now.

“I'm really pleased that we did it put it back to this time. The other constraining factor is the move away from CD, so that that's why we have the app.”

Now launched its mid-tier subscription app three years ago in response to declining physical sales. In recent weeks, it rolled out a free ad-funded version of the streaming service.

“It is inevitable with the way the market is going that a subscription model is replacing the physical model,” said Duckworth. “The aim isn’t to take people away from buying CDs, our aim is to offer people an easy-to-access, easy-to-understand hits-based streaming service.”

Now 105’s week one sales are likely to be down on previous editions when the final tally is revealed.

Duckworth said the physical edition of Now will go one day, but not in the foreseeable future.

However, Now is penalised by not having its streams count towards sales. Any streams of Now tracks are credited to the original release, which means its compilation chart dominance is now being challenged by soundtracks.

“It doesn't concern me,” said Duckworth. “It's not like having a No.1 single for the PR purpose. [But] it's a shame that we don't get represented by our streams. If we had the same advantage as the soundtracks, it would look like we were selling a lot more. But I'm not going to lose sleep over it.”

A factor that could count in Now 105’s favour is the tracklisting.

“Yeah, it's a good one,” said Duckworth. “With Dua Lipa and The Weeknd really dominating, we've got some proper crossover songs. We’ve got two Dua Lipa tracks on the album, which is something you don’t always get. So it's a strong album.

“Because our audience is older for the physical [edition] in particular, we now take the approach to open up the second disc to older artists who aren’t necessarily having hit singles because the audience aren’t streaming,” said Duckworth. “The people buying the CDs tend to be over 35.”

John Legend, Liam Gallagher, Steps, Alicia Keys and The Script are among the acts on disc two of Now 105.

“All these artists didn’t have a hit with those songs, but they’re very relevant to the Now audience, and Radio 2 might have been playing them,” said Duckworth. “We look for different criteria other than simply streams when we’re compiling them, so it’s something for a broader audience. It gives those artists some more exposure. We’ve got The 1975 on there as well; they struggle to get hit singles away but they’re a very popular album act.”

But there’s also a select club of hold-outs – superstar artists who decline to appear on a Now compilation despite its still significant audience.

“We never get Drake unfortunately, we don’t get Eminem, we never get Taylor Swift,” said Duckworth. “American artists traditionally have some sort of issue with compilations. It is frustrating, because in the age of streaming you can put a playlist together with The Beatles, Taylor Swift and Metallica next to each other. But we would never get any of those, it’s crazy. The fact that those restrictions still exist [on Now] is frustrating when playlists are far more significant than they ever were.”

Despite the challenges faced by this release, Duckworth is confident that there will still be the usual three editions of Now this year.

“The next one traditionally is in the summer around July,” he said. “But between now and July is too short to get a double album together, so we'll probably almost certainly be moving back to the beginning of August. It just depends on what happens in the chart, so it could move back. Fortunately, retail opened up, so we’re still hoping to get all three out this year.”