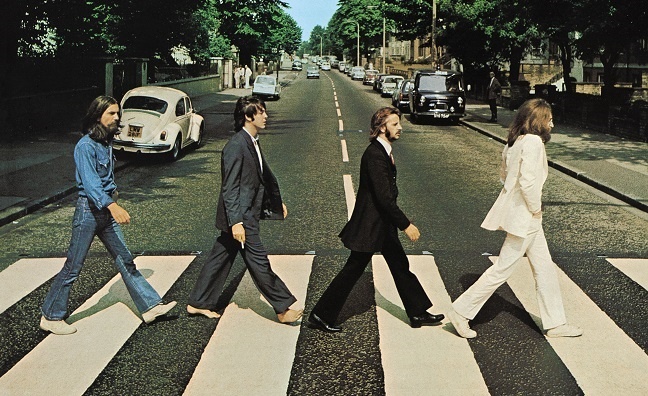 Producer Giles Martin has spoken to Music Week about his work on the 50th anniversary reissue of The Beatles' legendary Abbey Road LP, which is on course to return to No.1 this Friday.

The seminal 1969 album, which was the last to be recorded by the Fab Four, spent 17 weeks at No.1 during its original run and is currently top of the midweek chart with sales of 20,132 to date, according to the Official Charts Company.

The record’s 17 tracks have been newly mixed by Martin and mix engineer Sam Okell in stereo, high res stereo, 5.1 surround, and Dolby Atmos, accompanied by 23 session recordings and demos, most of which are previously unreleased, for a number of special anniversary packages.

“Where Sgt Pepper’s is their most immersive, psychedelic record and the White Album is their most visceral record, Abbey Road is the one that, sonically, probably sounds the best and that created the biggest challenge for us remixing it – because the original record sounds pretty good," said Martin, son of the late Beatles producer George Martin.

“It was more like a remastering project than a remix project to a certain degree because we were making every individual thing sound a little bit better without vastly changing the mix picture.”

The fact that the fans seem to like the work we do encourages us to do it. It keeps the music alive in lots of ways

Released last Friday via Apple Corps/Capitol/UME, Abbey Road is the third Beatles classic to receive the reissue treatment in as many years, following expanded 50th birthday editions of Sgt Pepper’s Lonely Hearts Club Band and The Beatles (White Album) released in 2017 and 2018, respectively.

“I get asked, ‘Why did you decide to go and remix Abbey Road?’ And you go, ‘Well, I didn’t decide, I was asked by The Beatles to go and do it’,” laughed Martin. “When Sgt Pepper came about I was against doing it. Then I started working on it and said, ‘OK, actually I think it’s worthwhile’.

“I’m not deleting the legacy of what went on before, and the fact that the fans seem to like the work we do encourages us to do it. It keeps [the music] alive in lots of ways."

The LP is credited with introducing The Beatles to a new generation of fans. Though never released as a single, Here Comes The Sun is the most streamed Beatles track since the band's music was made available on Christmas Eve 2015, with over 357 million Spotify streams. Album opener Come Together is another firm favourite, meanwhile, on 236m.

“It’s probably their most accessible album for the younger generation because of its sound,” added Martin. “It’s a good gateway to The Beatles.”