'I come with opinions on how we can better our industry': Taylor Swift talks business in the Music Week interview 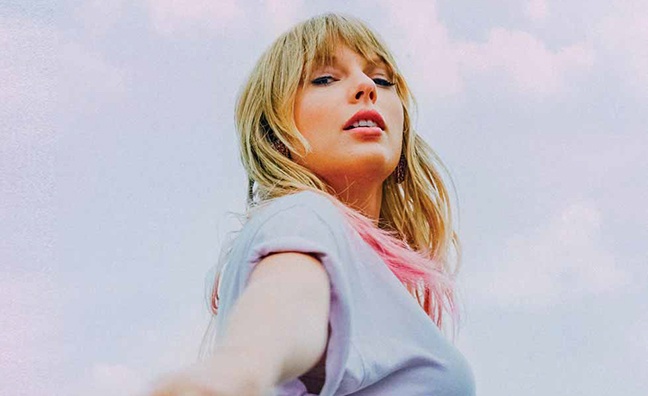 Taylor Swift has spoken exclusively to Music Week about the benefits of her ground-breaking new record deal.

In a brand new interview that sees Swift appear on the front cover of our new print edition, the superstar discusses all aspects of her music and her business empire, as well as the leading role she is playing as an advocate of artists’ and songwriters’ rights.

Those rights were top of mind when Swift decided to leave Big Machine, home to her first six albums, and sign a ground-breaking new deal with Universal’s Republic Records last year. The resulting contract includes clauses not only guaranteeing the star ownership of her future masters, but also ensuring Universal will share the spoils of its Spotify shares with its artists, without any payments counting against unrecouped balances.

“That’s important to me because that means they’re adopting some of my ideas,” said Swift. “If they take me on as an artist that means they really thought it through. Because with me, come opinions about how we can better our industry.

“I’m one of the only people in the artist realm who can be loud about it,” she added. “People who are on their fifth, sixth or seventh album, we’re the only ones who can speak out, because new artists and producers and writers need to work. They need to be endearing and likeable and available to their labels and streaming services at all times. It’s up to the artists who have been around for a second to say, ‘Hey guys, the producers and the writers and the artists are the ones who are making music what it is’. And we’re in a great place in music right now thanks to them.”

Swift’s Lover album – which became the fastest-selling album in the United States since her own Reputation, moving 867,000 copies in its first week – is perhaps her most versatile and critically-acclaimed record to date. And Swift said her music had benefitted from the creative freedom granted to her under the Republic deal.

“In my previous situation, there were creative constraints, issues that we had over the years,” she said. “I’ve always given 100% to projects, I always over-delivered, thinking that that generosity would be returned to me. But I ended up finding that generosity in a new situation with a new label that understands that I deserve to own what I make.

“That meant so much to me because it was given over to me so freely,” she added. “When someone just looks at you and says ‘Yes, you deserve what you want’, after a decade or more of being told, ‘I’m not sure you deserve what you want’ – there’s a freedom that comes with that. It’s like when people find ‘the one’ they’re like, ‘It was easy, I just knew and I felt free’. And that made me feel I could make an album that was exactly what I wanted to make.”

Since Swift signed the Republic deal, Big Machine has been sold to Scooter Braun’s Ithaca Holdings, a move denounced by Swift as her “worst-case scenario”. In the full interview, Swift explains why she spoke out – as well as talking songwriting, the future of the album and how her views on music streaming have evolved.

* For the full, exclusive interview with Swift, see this week’s print edition of Music Week, available now, or click here. To get your hands on a print copy, e-mail Rachael Hampton on rachael.hampton@futurenet.com. To subscribe to Music Week and never miss a vital music biz story, click here.