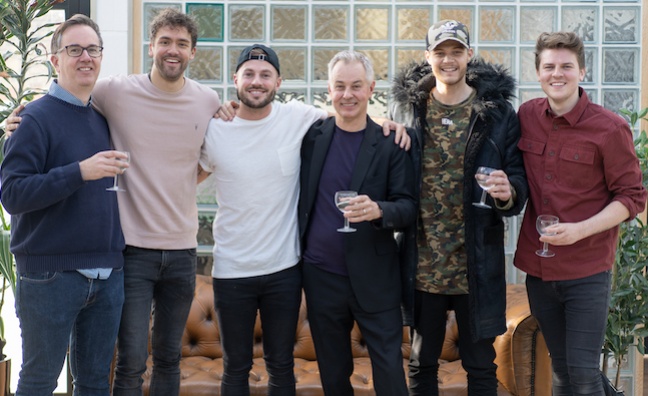 Cooking Vinyl has signed pop-rock quartet Lawson to its roster for 2020.

The London-based band released their last album in 2016.

Since their first release in 2012, they have secured a platinum debut album, five UK Top 10 singles, more than 50 million Spotify streams and over 100m YouTube views.

Debut album Chapman Square, released by Polydor in 2012, peaked at No.4 and has sales of 179,277, according to the Official Charts Company.

Lawson are currently back in the studio and working on a new album.

Rob Collins, Cooking Vinyl MD, said: “I met the guys late 2019 and was impressed by their vision and understanding of where they fitted in now. We just chatted for about two hours and really hit it off. The music wasn’t too bad either!”

Andy Brown, lead singer of Lawson, said: "It feels like day one. We're very excited and can't wait to try and make the best record of our career. The music industry has so many different ways to re-connect with and create fans nowadays.”

The group’s manager, Ben Karter, added: “We really loved meeting Rob and the team at Cooking Vinyl and hearing their plans for the band. It’s an exciting new chapter for the band.”