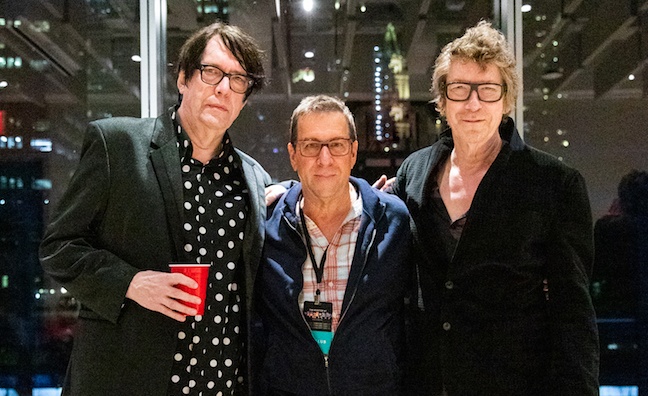 The Psychedelic Furs have signed a new worldwide deal with Cooking Vinyl, Music Week can reveal.

As reported in the latest issue, the post-punk band will be releasing their first album in almost three decades in the first quarter of 2020.

The album is being recorded in the US and produced by current Guns N’Roses guitarist, Richard Fortus. He was formerly a member of Love Spit Love with Tim and Richard Butler from the Furs.

The group’s services deal with the indie has been confirmed 40 years after the release of their debut album. The band went on to release a total of seven albums, alongside singles including Love My Way, Heaven, The Ghost In You, Heartbreak Beat and Pretty In Pink, which famously inspired the title of the cult ’80s film.

The Psychedelic Furs have had more recent syncs in Call Me By Your Name and Stranger Things. Their biggest tracks now have a combined tally of 150 million streams.

MD of Cooking Vinyl, Rob Collins, said: “It’s been a long-term ambition of mine to work with The Psychedelic Furs, as they’ve made some of my all-time favourite records. That means it’s a particularly personal project for Cooking Vinyl, and makes a unique addition to our roster following a very active period of signings.”

Psychedelic Furs’ manager, Rob Dillman, said: “We are thrilled to be working with Martin [Goldschmidt, co-founder], Rob, Howie [Gabriel, president, Cooking Vinyl US] and the entire gang at Cooking Vinyl. The Furs had been contemplating doing new songs for quite some time. The enthusiasm and passion the label has shown for the band and the project made it an easy call. We are very excited to be doing this together.”

The Furs went on an extended hiatus after 1991’s World Outside. They reconvened as a touring act a decade later and have recently played shows at the Hollywood Bowl, Meltdown Festival, All Points East with Nick Cave and Benicassim.

It’s been a long-term ambition of mine to work with The Psychedelic Furs, as they’ve made some of my all-time favourite records

The band are currently co-headlining a North American tour with James and have their own UK and European dates in October, including a show at London’s Roundhouse.

To read the exclusive interview with Rob Collins, pick up the latest issue – or subscribers can click here.