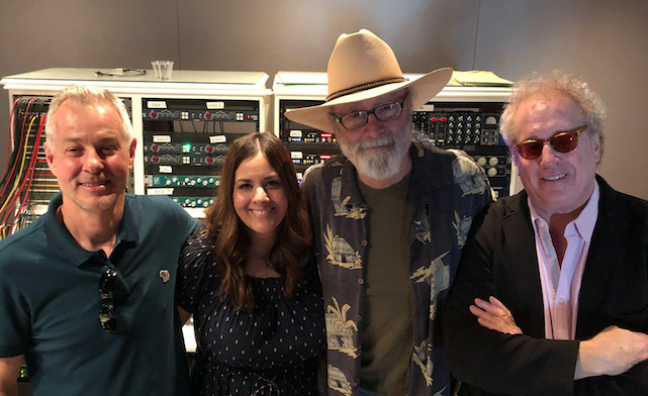 According to an official press release, Rumer is currently working on her fifth studio album, which she is recording in Nashville. The album will see her collaborate with Hugh Prestwood and producer Fred Mollin, the record is due for completion Autumn 2019 and released early 2020.

On joining the Cooking Vinyl roster, Rumer said: “I am really excited that Cooking Vinyl trusted my vision for this project and working with an independent label has been a very pleasant change! I’m looking forward to continuing that relationship.”

Commenting on the new signing, MD of Cooking Vinyl Rob Collins added: “When we first started speaking, I knew within the first two minutes that Rumer had this incredible vision and passion for making a very special record. Having just come back from Nashville I can happily say that she is delivering it and some!”

Rumer is set to perform an intimate solo concert at the Rye Jazz Festival at St Mary’s Church on August 24.

Rumer's 2010 debut, Seasons Of My Soul (Atlantic), has sold 628,370 copies to date, according to the Official Charts Company.

In May, Cooking Vinyl confirmed a host of new signings to its roster, including Swim Deep, Isobel Campbell, Sam Lee, Kerri Watt and Saint Raymond.