'This is just the start': Cooking Vinyl welcome new signings, including Swim Deep and Isobel Campbell 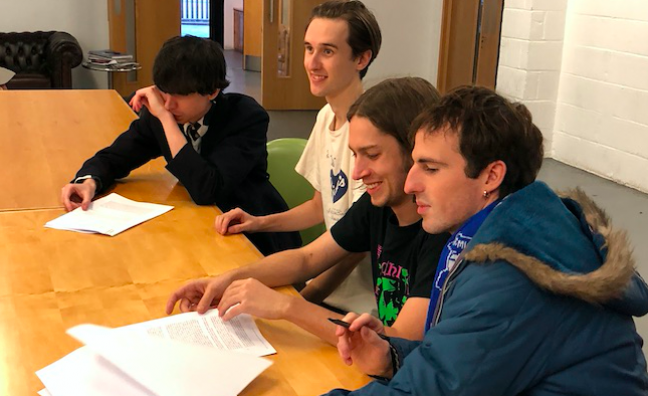 Cooking Vinyl has today (May 8) confirmed it has welcomed a host of new signings to its roster, including Swim Deep, Isobel Campbell, Sam Lee, Kerri Watt and Saint Raymond.

Speaking about the news, Cooking Vinyl MD Rob Collins said: “I’m so excited about these new signings. They show the breadth and depth of our approach to A&R, artist development and long-term support. This is just the start of a very active year for Cooking Vinyl and I’d like to thank the A&R team – Ollie Slaney and Stephen Budd – for all of their hard work.”

Swim Deep – whose single Namaste earned Annie Mac’s Hottest Record honour – have signed a worldwide artist services deal. The group are reported to be gearing up for their third full length LP with some summer appearances already lined up including Live at Leeds and Dot To Dot Festivals.

These new signings show the breadth and depth of our approach to A&R, artist development and long-term support

Speaking about their deal, an official statement from Swim Deep said: “We’re really excited to be working with the great people at Cooking Vinyl. We can’t wait to release our third album which we’ve worked so hard on.”

Also joining Cooking Vinyl for a worldwide artist services deal is Isobel Campbell, who was a member of Belle & Sebastian and who has released several acclaimed albums with Screaming Trees’ Mark Lanegan, alongside collaborations with The Jesus & Mary Chain.

Campbell added: "I am very much looking forward to releasing my new record with Cooking Vinyl and working with the innovative team there. As a fiercely independent artist signing with them felt like the right thing to do."