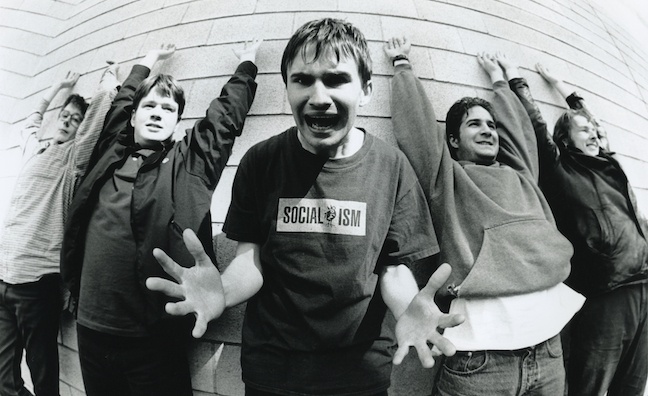 Cooking Vinyl has signed a deal with the ’90s indie band Symposium that will see their recordings released on streaming services for the first time.

The band had hits with Infectious/Atlantic singles including Fairweather Friend, Farewell To Twilight and The Answer To Why I Hate You.

Symposium’s 1997 mini album One Day At A Time peaked at No.29 and has sales of 28,112 (all physical due to the lack of digital availability), according to the Official Charts Company.

There are plans to release a best of collection, along with the band’s two original studio albums and restored promo videos. There is also a newly-discovered song called Bleach.

The band’s core members are announcing their return with a Q&A launch event in May hosted by long-term fan Phil Alexander, as well as a number of intimate live shows.

We signed our first ’90s deal in a helicopter, and our new deal with Cooking Vinyl on a Zoom call

In a statement, Symposium said: “Symposium in the ’90s was a crazy few years for the band and the fans. We may have signed our first deal in a helicopter and our deal with Cooking Vinyl on a Zoom call, but we’re genuinely excited to get our music back out there.

“It’s mad that we haven’t even been on DSPs for all these years but Cooking Vinyl will finally put that right, and we can’t wait to get back out there and remind everyone of the excitement we all felt at the time. ‘

Cooking Vinyl head of catalogue Steve Bunyan said: “Cooking Vinyl has long been the home of independent-minded artists, free-spirits with their own creative ideas about the music they want to release and aren’t afraid to shout about it. The teenage Symposium burst onto the scene in the mid ’90s with a set of killer riffs and choruses to die for that saw them quickly proclaimed by Melody Maker as ‘the best live band in the UK’.

“For a few brief years the band were everywhere – stage-diving on Top Of The Pops, storming up the charts, blowing more established bands away at festivals – and then just as quickly they were gone. They’re back now though – partnering with Cooking Vinyl to remind people of those unforgettable few years and win over new and old fans. We can’t wait to get started.”