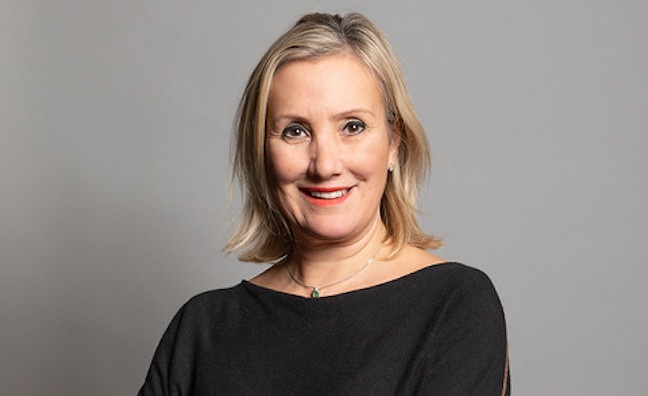 The Department for Culture, Media & Sport has confirmed that newly-appointed minister Caroline Dinenage will be responsible for the music industry.

Dinenage was appointed as Minister of State for Digital and Culture, following a government reshuffle by Prime Minister Boris Johnson.

Oliver Dowden was named Secretary of State for Digital, Culture, Media and Sport, though the music sector will again fall under the remit of a Minister Of State.

Dinenage will take over from Nigel Adams, who was moved to the Foreign Office and Department for International Development as Minister Of State for Asia. Adams provoked the ire of remain supporters last month after admitting that music artists would need freedom of movement in the EU after Brexit, despite himself campaigning for the UK’s withdrawal from the EU.

As part of the reshuffle, former Culture Secretary John Whittingdale is back at the DCMS as Minister of State for Media and Data. While his role doesn’t directly cover music, it does include oversight of the EU negotiations and international strategy, including the approach to future trade deals. He’s also responsible for media, so could also get involved in the future of the BBC and the licence fee.

Notwithstanding his pro-Brexit stance, Whittingdale was the most music-friendly Secretary of State in recent times. So the music industry will be hoping for his support on the key issues, including the ability for artists to tour the EU without restrictions and music exports.

Dinenage backed remain in 2016, though backed the UK’s withdrawal following the referendum. The former councilor and small business owner was previously Minister of State at the Department of Health and Social Care for two years. She also served as PPS to Nicky Morgan.

Like her boss, Dinenage has no obvious connection with music. Dowden is the eighth culture secretary in six years, so the industry will be looking for some continuity in the ministerial team.

Dinenage’s role will cover creative industries including music; digital and tech policy; arts and libraries; museums and cultural property; and online harms and security, which is a key focus for the BPI in order to protect copyright and combat IP theft.

In the week before her appointment, she welcome the £80 million of government funding for music hubs for schools.

Dinenage does have media connections: her father Fred Dinenage is a regional ITV newsreader and presenter, who has been named as an inspiration for Steve Coogan’s Alan Partridge.