Electioneering: How will the big vote impact the music business? 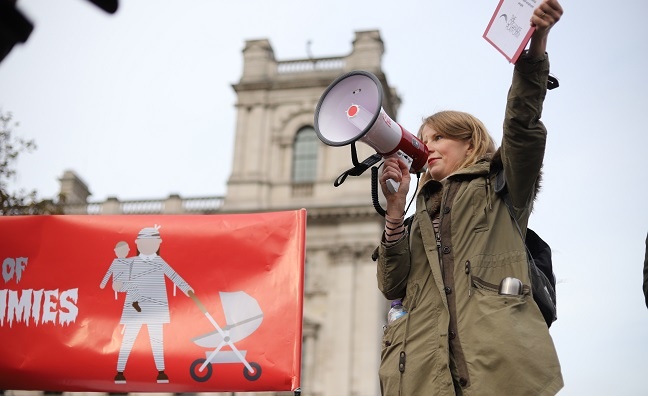 Polls have opened for the 2019 general election. Given the stark political divide between the parties, it’s one of the most significant votes the country has faced in recent years.

But whoever wins, the music industry will have to do business with them to ensure it can continue to grow, boost exports and protect copyright.

In the latest issue of Music Week, we talk to the bosses of UK Music and the BPI to get their verdict on the policies of the UK-wide parties.

Geoff Taylor, BPI and BRIT Awards chief executive, acknowledged the Conservative Party commitment to promoting creative skills among young people through an ‘arts premium’, though he called for more details.

“Government should ensure that this specifically helps to address the major funding challenge faced by outstanding specialist creative schools such as the BRIT School and ELAM, which are an important part of the industry’s talent pipeline,” he added.

While welcoming the Tory proposals for business rates reductions for small firms, including record shops and grassroots venues, Taylor said it was disappointing the Tories have not indicated they will extend creative sector tax relief to recorded music.

He also addressed the party’s stance on copyright.

“The manifesto reiterates the party’s commitment to make the UK the safest place in the world to be online but misses the opportunity to extend the Online Harms Bill to protect IP, ensuring that digital platforms take responsible proactive steps to protect consumers and musicians from infringement,” he said.

Elsewhere in the manifesto, Taylor welcomed Conservative policy that was more removed from the nitty gritty of tax and spending.

“The new commitment to social prescribing should recognise the power of music and other arts to promote wellbeing,” he said.

In terms of the Labour manifesto, the BPI boss suggested that the party’s Arts Pupil Premium for primary schools was a “very positive development”, but called for more to be done in secondary schools.

Labour’s Charter For The Arts, which had a launch featuring acts such as Clean Bandit, was also praised for offering protection to venues.

“Music venues are a critical part of building vibrant local communities, as well as nurturing new talent, so we are pleased to see the recognition of the need for action in this area,” said Taylor.

He also broadly welcomed the party’s approach to review copyright, as long as it targets the value gap and follows through on the Copyright Directive.

“The proposal for a Charter of Digital Rights and to fine companies that fail on online abuse represents an opportunity to protect consumers and give the UK’s creative sector a competitive edge by ensuring that illegal content is pushed to the margins,” he added.

While the Liberal Democrats’ vote appears to have been squeezed in this election, Taylor identified proposals that could benefit the biz if the party were to have any influence on government policy.

“The Lib Dem pledge to establish an Online Crime Agency has the potential to expand on the good work done by the Police Intellectual Property Crime Unit to ensure that there is more active enforcement against the many illegal operators that seek to profit at the expense of musicians and other creators,” he said. “This would of course need to be appropriately funded and targeted.”

But he expressed concern about the effect on the IP framework of the party’s commitment to “modern and flexible copyright licensing rules”.

He added: “The promise to promote growth in the creative industries, ‘by continuing to support the Creative Industries Council and tailored industry-specific tax support’, is welcome, although the Lib Dems should look at expanding the scope of tax reliefs to extend them to the music industry to increase our global competitiveness.”

Of course, Brexit has been the big issue of this election, and it remains a key concern for the industry, particularly the terms of any future arrangement with the EU agreed after any withdrawal deal.

UK Music has called for a visa waiver for artists to enable them to tour in the EU without added costs and bureaucracy. The organisation is having its own change of leadership with the departure of the chairman and CEO.

“We have got huge concerns, which have not been adequately addressed by the Home Office,” said outgoing CEO Michael Dugher. “Stopping [the UK] crashing out in a no-deal scenario is really important to us. But it’s also about securing, as part of a deal in the transition period, that freedom of movement which is so essential.”

Music Week invited all the Culture spokespeople from the three main UK-wide parties to outline their policies, though none was available.

“If Boris gets in and we get his [EU] Withdrawal Agreement, it’s really worrying because they are very much against free movement,” she said. “A Tory government would be pretty disastrous for the music industry.”

While Labour’s official Brexit policy is to renegotiate a withdrawal deal and hold a second referendum, FitzRoy stressed that she is committed to remaining in the EU.

“I think remain would be better, and a lot of people agree,” she said. “That's what I would campaign for. But if we had a soft Brexit, we'd want a closer relationship with Europe and that would include making it easier for people to be able to work here and for us to work over there. So there would be fewer barriers under a Labour Brexit than under a Tory Brexit – but I hope it doesn’t come to that.”

FitzRoy has also managed to get her SelfieLeave policy in the Labour manifesto.

To read the full report on the election, pick up the latest issue – or subscribers can click here.