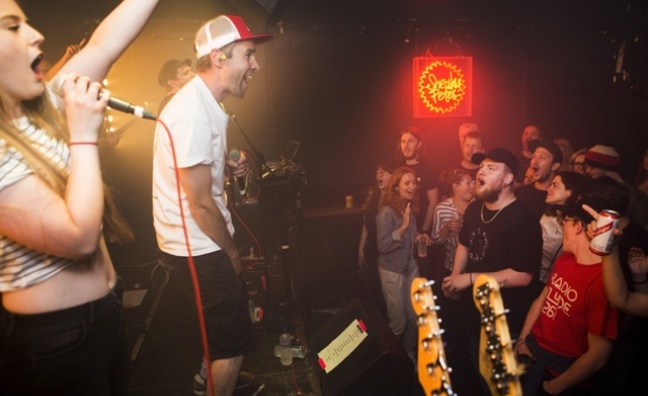 Music Venue Trust has partnered with The Mayor Of London and Ticketmaster to launch two books offering practical advice to the grassroots sector.

Each book contains 15 chapters of information covering areas such as licensing, company structure, facilities and ideas for diversifying.

“When I was 17, I put on my first gig and over the next 10 years I met lots of other like-minded people who wanted to do the same," said MVT chief Mark Davyd. "Eventually, after five years of trying, we got together and opened our own venue. Nobody ever gave us advice, and we must have made every mistake possible. Most people I know in the grassroots music sector have a similar story, which is why we wanted to publish these guides.

"We want these books to inspire people to join us and open their own venues and the message is simple: you can build a stage the band doesn’t fall through, you can get a licence that doesn’t prevent you from opening on a Wednesday, and you can avoid having to rebuild the venue from scratch, only this time with enough doors.”

The guidance is supported by interviews with some of the people who run the UK’s Grassroots Music Venues, who share stories of successes as well as some cautionary tales.

Amy Lamé, night czar, Mayor Of London, added: “London’s diverse music scene is driven by its grassroots music venues. They provide a vital platform for musicians to hone their craft, play an important part of our musical heritage and help maintain London’s position as a global culture capital. There’s no doubt that challenges exist with rising rents and business rates, but the Mayor and I are committed to doing everything we can to protect these vital cultural assets.

"I’m delighted that we have partnered with MVT in their work and have no doubt these books will become the go-to-guides for venue owners for years to come.”

Andrew Parsons, MD of Ticketmaster UK, said: “Developing the next generation of talent is hugely important to us, grassroots music venues are an essential part of an artist’s career and a vital cog in the music industry machine. We have worked with MVT since 2015 and know the struggles that these venues face. These guides are another important step to keep music playing in grassroots venues across the UK.”