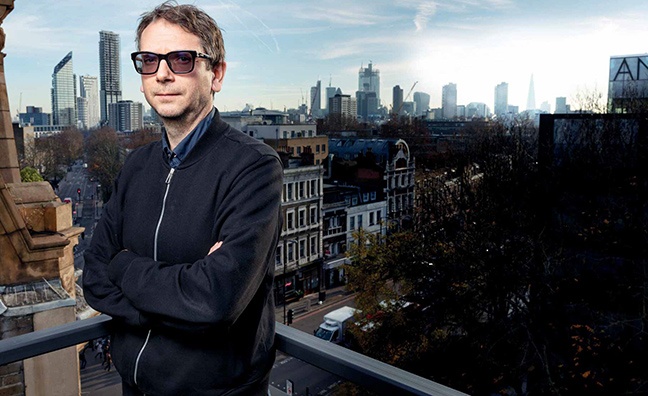 Ticketmaster UK boss Andrew Parsons has discussed the company's decision to close its resale sites Seatwave and Get Me In!

The Live Nation-owned platform went live with its new fan-to-fan ticket exchange in December, which allows fans to buy and sell tickets at the original price or less. The move means just eBay-owned StubHub and Swiss-headquartered Viagogo are left of the so-called Big 4 secondary ticketing sites.

Speaking in the latest issue of Music Week, Parsons said: “Fans are very clear that they need a means to sell tickets that they can’t use. Part of the issue that we’ve experienced as an industry for some while is that we don’t accept returns or cancellations and so as we’ve got more prescriptive in certain industries about not allowing customers to be able to resell, there was more of a need to have an actual exchange platform.

"That’s the direction we’ve gone in and the reaction we’ve had from the industry and from fans has been hugely supportive in that regard. They’re definitely embracing this as the way forward for resale. We’ve worked with many pioneers in this space who have sought to be limiting resale – Iron Maiden, Biffy Clyro, Ed Sheeran, Arctic Monkeys – and that work continues.”

Publicly-available documents filed with Companies House show Ticketmaster's now-defunct resale sites to have posted combined losses of more than £4.5m in 2017 (Seatwave £3.37m/Get Me In! £1.29m), while Ticketmaster UK’s profits topped £10.1m in the same 12 months.

“We’d spoken with many of our industry partners over some time and they were very clear,” said Parsons. “The customers we engaged with on a daily basis were very clear – it was an, at best, inefficient process and it wasn’t a great experience.”

The MD also spoke out in support of the Competition And Markets Authority's (CMA) work in the sector. The watchdog set a deadline of midnight on January 17 for Viagogo, StubHub and Ticketmaster to improve information about tickets listed for resale. The latter two companies offered formal commitments last April, but Viagogo has been threatened with further legal action amid concerns it is still not compliant, despite its claims to the contrary.

“We’ve worked very closely with the CMA throughout this entire process," said Parsons. "They have shown themselves to be a very competent regulator and we are very supportive of the work they have been able to do. It’s been great to see that they seem to have brought Viagogo to heel.

"Obviously we wait to see what the outcome of all that will be and if they follow through with the announcements, but certainly, thus far, it seems that they’ll be made to follow the same regulations that everybody else has been seeking to follow.”