Andy Heath steps down as UK Music chairman after 11 years 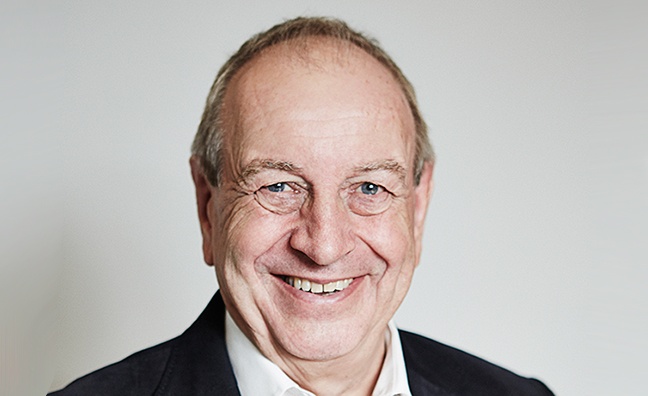 UK Music chairman Andy Heath is to step down in 2020 after 11 years at the helm of the trade body.

Heath founded UK Music in 2008, uniting the commercial side of the music industry for the first time to fight for the British music business.

In a career spanning more than 50 years, Heath has become a respected advocate for the music industry, both within the business and with policymakers and politicians. He has been on the board of Beggars Group and is currently Chairman of Beggars Music, where he will remain.

While the UK Music Board has begun the process of appointing Andy’s successor as UK Music Chair, he will remain in his role as chairman until the process of recruiting a CEO to replace outgoing chief executive Michael Dugher has been completed.

Dugher announced last week that he was stepping down at the end of January 2020 to take up a position as CEO of the Betting and Gaming Council. Tom Kiehl, currently UK Music deputy CEO, will take over as acting CEO during the process of recruiting a new chief executive.

Heath has served on the Council of the Music Publishers Association since 1989. He sat on the boards of PRS For Music and Mechanical Copyright Protection Society from 1992 to 2008. In January 2008, he was appointed chairman of British Music Rights, which he co-founded in 1997. At present, he is a member of the MPA board.

In 2019, Heath received a CBE for his services to the music industry which he said was “an honour for the whole music industry”. This followed the MBE that he was awarded in 2009.

Heath said: “The time is right for me to make way for a successor. Indeed I intended to step down before Michael Dugher was appointed, but felt it was right to support Michael in his, then, new post. I’m thrilled that I did that as UK Music has risen to new achievements under his leadership. Building on the impressive legacy of Jo Dipple, UK Music is now a truly respected organisation in Westminster, Whitehall, the media and within the industry itself.

“I’m immensely proud to have been part of the UK Music story, but I have to mention the part that Feargal Sharkey played all those years ago. We did it together and it has been a privilege to build what we have today.”

He added: “When we started legislators and commentators generally regarded the music industry in a very confused and not always complimentary light. We did not have the ear of government and were seen as a slightly disreputable industry.

“That has all changed now and it is entirely down to the members of UK Music finding and expressing a common and constructive voice, which is now, not only heard, but sought out for information and opinion. The value to the Treasury is now also universally accepted.

“I have no intention to disappear over the horizon and will make myself available to help in any way that the incoming Chair and CEO might wish and for as long as they wish. UK Music is now a powerful force with a great team and I have no doubt that it will go from strength to strength with new faces at the top.”

Dugher said: “Andy Heath has been great mentor and a good friend to me. But it is no overstatement to say that without Andy Heath, UK Music simply wouldn’t exist today.

“Through many years of dedicated, selfless service he has ensured that the great British music industry speaks with one voice and is held in the highest possible regard by those in power. That is without parallel anywhere else in the world and it is a genuinely historic achievement.

“His canny ability to negotiate tricky and complex situations - and to get things done with a smile - would put most ambassadors to shame. Personally, I think he should now be deployed to sort out the Middle East peace process”.

Paul Craig, chair of MMF, said: “We would like to thank Andy for the incredible work he has carried out as Chair since the inception of UK Music. Andy has been core to help build UK Music into the extremely important and respected organisation that it now is. Keeping the various organisations within UK Music in agreement and focused on the same objectives is not easy and Andy has dealt with this extremely well during his tenure.”

Cameron Craig, executive director of MPG, said: “Andy Heath as chair of UK Music has shown an amazing resilience in keeping all facets of the music industry working together to speak as one voice to government. Having chaired UK Music from just an idea to valuable lobbying group the whole music industry can be proud of gives testament to his leadership. It has been an honour and a privilege to work with him.”

Jo Dipple, SVP LiveNation and former UK Music CEO, said: “Andy was a brilliant boss and is a great friend. His fantastic achievements at UK Music will be a tremendous legacy.”

Ged Doherty, chair of BPI, said: “Andy has made an absolutely fundamental contribution to our industry as chairman of UK Music – working with successive CEOs and the team there to great effect in bringing all parts of the music community together and amplifying the voice of its members around matters of key importance. He will leave a sound legacy that his successor can only build on, and on behalf of the BPI, I thank Andy for all his efforts and achievements during a decade and more in the post, and wish him well in his future endeavours.”

Crispin Hunt, chair of The Ivors Academy, said: “The British music industry is deeply indebted to Andy Heath for his wisdom, diplomacy, fairness, leadership and friendship. It's been a pleasure and an honour to work with him. Andy steps down as Chair having successfully raised and established UK Music as our industry’s leading voice across politics.”

Peter Leathem, CEO of PPL, said: “As chair over the last decade, Andy has guided UK Music from its inception to the successful and influential single voice of the music industry that it is today. Andy has used all of his executive and music industry experience to bring the music industry together at UK Music and has at all times been a great chair with which to work.”

Andrea Martin, CEO of PRS for Music, said: “I would like to extend my thanks to Andy Heath for everything he has done for our industry and the energy and passion he has put into UK Music during the last 11 years. The organisation has grown into a significant voice and campaigning force for our business and I know will go on to even greater things in its new era in 2020 and beyond.”

Roberto Neri, chair of MPA, said: “Andy has been safeguarding the rights of music creators for many decades. He has led UK Music to its current successful status by sharing his wisdom and his incredible chairmanship.”

Paul Pacifico, CEO of AIM, said: “Andy Heath has been a truly remarkable Chair for UK Music since its inception. His ability to provide balance and perspective on the key strategic issues of the moment, whilst always staying mindful of the human factors and the individual people that are so crucial to our sector have been instrumental in his ability to galvanise a historically fragmented community into a strong and coherent voice.

“Under Andy’s leadership, UK Music has become a united force that can stand up for and speak out for music on the national stage effectively. AIM’s community of entrepreneurs and innovators in music is deeply thankful to Andy for his work as UK Music Chair and the opportunities he created for small voices to be heard in the big debates.”

Greg Parmley, chair of the UK Live Music Group and MD of ILMC, said: “Andy's leadership, vision and inexhaustible passion has driven the UK music industry forward. To have united the various clans across the business, and kept them engaged and collaborating is a remarkable feat.”

Sandie Shaw, honorary president of the Featured Artists Coalition, said: “As UK Music chair, Andy Heath has succeeded in including and engaging the artist and creator community, giving a critical voice to this key group at the very centre of this industry. Having previously been unrepresented, we had a place at the table instead of being on the menu. It was a game-changer and for that, the Featured Artists Coalition is forever grateful.”

Horace Trubridge, general secretary of the Musicians’ Union, said: “If it weren’t for the tireless efforts of Andy Heath there would be no UK Music. Somehow he has pulled off the impossible by uniting all the disparate elements of the industry so that we can speak with one voice on issues that affect all of us. Well done Andy!”

Politicians were equally keen to pay tribute to Heath.

Tom Watson, Shadow Culture Secretary, said: “The UK music industry owes Andy Heath a great vote of thanks. His boundless energy, determination and passion has transformed UK Music from an idea to the powerful force it is today. Over the last decade he has coaxed, cajoled and persuaded the many stakeholders of the industry to come together and speak with one voice to government. When the music industry has something to say, Andy has ensured that UK Music’s message is delivered to politicians and policymakers powerfully and succinctly. I’m proud to have worked with him”.

Ed Vaizey, former Culture Minister, said: “A huge thanks to the inimitable Andy Heath for all he's done for the music biz in his time as chair of UK Music. From grassroots to headliners, he's paved the way for artists at every level to prosper. Truly a pleasure to have worked alongside such a passionate, tireless campaigner and frankly a brilliant man”.

Jane Bonham-Carter, Liberal Democrat Lords spokesperson DCMS, said: “Andy Heath has been a great chair of UK Music and an inspirational supporter, through his long career, of musicians and the music industry as a whole. In particular fighting for a strong copyright framework, and understanding and supporting the crucial need for talent development”.

Kevin Brennan, Shadow Culture Minister, said: “From my viewpoint as a policymaker, through his passion and determination, Andy has transformed the UK music industry from a discordant cacophony of clashing voices towards the politics of perfect polyphony - literally getting everyone singing from the same song sheet, so that the voice of the music industry is now heard clearly, understood clearly and clearly more influential than ever.”

Tim Clement-Jones, Liberal Democrat Lords spokesperson for Digital, said: “Andy Heath’s time as chair marks a period of huge success for the UK music industry. Andy has played a key role in ensuring as the founder Chair of UK Music that it has represented every aspect of the industry both live and recorded, publisher, writer, performer and collecting society. As a result, the music industry has begun to gain the recognition for its achievements it so justly deserves, alongside a much greater understanding by policymakers of the barriers which exist to even greater success.”

Pete Wishart, co-chair All-Party Parliamentary Group on Music, said: “Andy Heath has given solid and decisive leadership to UK Music in his time as Chair and he will be sorely missed by all us who have worked with him throughout the years. I wish him all the best for the future and thank him for his immense contribution to all music in the UK.”