'We see very good times ahead': Peter Leathem on the future of PPL 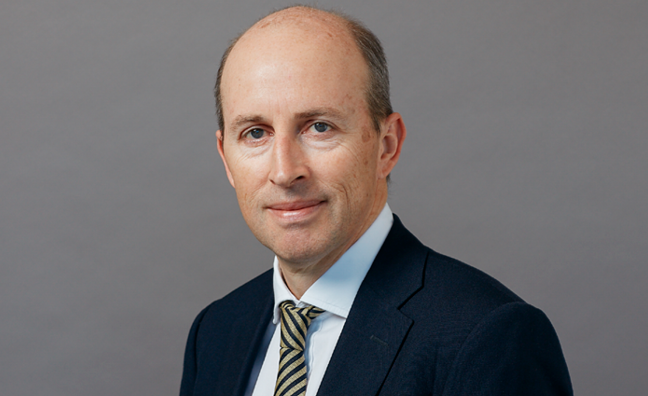 As exclusively revealed by Music Week last month, PPL posted record collections of £246.8 million in 2018, with all three main revenue streams – international, broadcast and public performance – on the rise.

The PPL AGM, held at King’s Place in London, dug into those figures in a number of presentations. But Leathem broke with the traditional CEO speech format in favour of a Q&A session with Music Week editor Mark Sutherland to celebrate the latest landmark in PPL’s 85-year history.

Over that history, PPL has collected a total of £3 billion, £2.6bn of which has been collected this century and £1bn since Leathem became CEO in 2012.

“In the last 15 years the music industry has given so much more focus to the neighbouring rights area that PPL handles,” said Leathem by way of explanation. “Previously, the industry was doing well enough selling CDs that there wasn’t quite the same amount of focus. The music used by businesses has grown significantly in that time as well. Understanding the value of music and what it can do for your business has really helped us.”

This year’s stellar international growth was boosted by a one-off catch-up payment from Germany, but Leathem said he was confident the current trajectory was sustainable.

“We’re still pretty confident of growth in the years to come,” he said. “If you look at our JV with PRS [PPL PRS], both of us see plenty of opportunities for growth in terms of the number of businesses using music that don’t currently have a licence, or through us persuading businesses to use music by using a range of stats to help show what benefits it can bring and making sure sites are licensed correctly.”

Leathem said some tariffs would be reviewed which could also boost income, while international takings, which were almost non-existent a little over a decade ago, would be boosted by more countries improving their licensing environment.

“More and more countries are getting rights,” he said. “Still only about 50 countries have the rights, a quarter of the world, and we’re getting increasingly good at monetising those rights and those countries. We see some good growth options going forward.

“We’re getting better all the time at working with our CMO partners,” he added. “International collections is a very competitive space. You have a lot of different companies providing services, we’ve just been very successful at bringing in more rights-owners and performers into our operations, which has definitely helped the overall collection process as well. A lot of licensing around the world is quite immature. There are really big opportunities in lots of territories to grow the revenue that’s collected and, given the strength and popularity of British music around the world, we would get a share of that overall global growth.”

In the first year of the PPL PRS JV, public performance revenue grew only 3% year-on-year, but Leathem said he was confident there was more to come.

“It’s quite clear that 84 years of us both turning up at the same premises for the same use of music but different rights was not a really sensible thing going forward,” he said. “I will be forever grateful to [PRS For Music CEO] Robert Ashcroft, who was prepared to sit down with me and to work through and look at the strategy behind it, because there are so many reasons to not do something like this. There’s 101 things people could say, but it was absolutely the right thing to do. It’s been a really hard few years but we sit here today with something that’s been successful and will become even more successful.”

Leathem said more collaborations with PRS were on the cards. So will PPL be around for another 85 years?

“Clearly the rights will need to be managed,” he said. “There’s going to be more consolidation in our industry, there’s more opportunity to do more things with other partners and to put bits of the business together in different ways. Where it all goes is difficult to predict but there’s a very good future for PPL. We’ve got lots of things we want to deal with and address and invest in. We see very good times ahead in the next few years.”