'It is a big opportunity': Olga Fitzroy on the campaign trail with #SelfieLeave 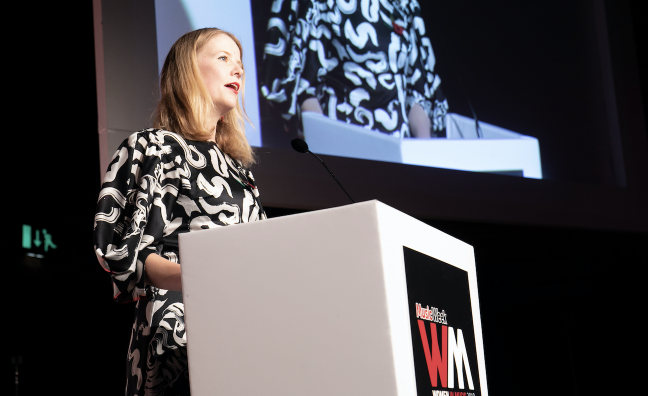 Introduced by outgoing deputy leader Tom Watson, FitzRoy collected the Campaigner award for her work on rebalancing rights for self-employed people and their access to shared parental leave.

Speaking to Music Week about the award, FitzRoy said it would help to “shine a light on the campaign”.

FitzRoy has a chance to take the campaign to Parliament again, as she’s standing as a Labour candidate in Croydon South in the general election. MPs have previously pursued private member’s bills for SelfieLeave, while the current government has launched a consultation. Now she’s hoping the policy will pick up more political support.

“It’s going really well,” she told Music Week. “Politics is a disaster at the moment, but out of chaos comes opportunity sometimes. For the general election, obviously we’re looking for parties to put selfie leave in their manifestos. We’ve currently got this government doing a consultation on parental leave. It is a big opportunity for us to feed in everything we’ve been saying for the past few years. Once politics returns to normal, then whoever’s in charge is going to pick it up and have all that data, so it’s quite positive.”

For the general election, we’re looking for parties to put selfie leave in their manifestos

FitzRoy was also able to garner public support for the campaign from Coldplay, a band she’s worked with in the studio.

“I was just quite brazen and sent an email to them, and they were super supportive,” she said. “It’s just a really simple thing. They’ve got a lot of women in their crew, so for them it would make sense to back this kind of law.”

Of course, the music industry has a high proportion of self-employed workers.

“Outside of music, self-employment is growing, but in music as well,” said FitzRoy. “In terms of producers and engineers, maybe 20 years ago a lot of people were employed by studios and salaried. But now, most of us are self employed. In the MPG, 94% of the membership is self-employed. So many managers are self-employed, as are a lot of artists, session musicians and touring crew. Loads of people are self-employed in the music industry now.”

You can also read WIM speeches from Freya Ridings and Camille ‘Kamille’ Purcell.