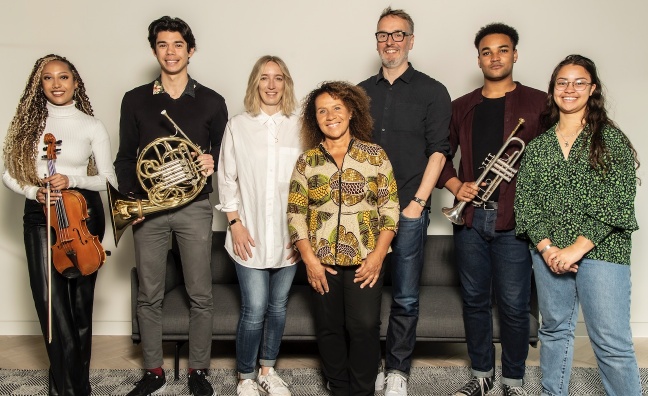 The ensemble’s music will be released on a new label under Decca, Chineke! Records. Its maiden release is a collection of works by English composer, conductor and political activist Samuel Coleridge-Taylor in September. The album will include the world premiere recording of a work by Coleridge-Taylor’s daughter Avril.

Chi-chi Nwanoku OBE is the new executive producer of Chineke! Records. Nwanoku is founder, artistic and executive director of the Chineke! Foundation, which supports Black and ethnically diverse classical musicians in the UK and Europe.

Chi-chi Nwanoku OBE said: “We are thrilled to begin this partnership with Decca. Chineke!’s mission of championing change and celebrating diversity in classical music shines throughout the extraordinary range of repertoire we have discovered and brought to life; music that has been either hidden or unheard for too long. We exist to break down barriers and unleash classical music’s full potential. Decca shares our mission of inclusion and with their worldwide reach will ensure this music is heard in every corner of the globe.”

We exist to break down barriers

Tom Lewis and Laura Monks, co-presidents of Decca Label Group, said: “We are delighted to welcome Chi-chi and the fabulous Chineke! Orchestra to the Decca label family. Chi-chi’s vision, energy and ambition are extraordinary. She is a trailblazer with an important mission and, together with Chineke!, she has recorded compositions by some of the world’s most important yet under-represented classical composers. We are committed to spreading the incredible music, talent and message of Chineke! around the world.”

The Chineke! Orchestra won the Royal Philharmonic Society’s inaugural Gamechanger Award in 2019. The group are set to tour with Decca’s Sheku Kanneh-Mason (a previous member) this summer, while Decca violinist Randall Goosby has performed with the Chineke! Chamber Ensemble. Chineke! will also perform live with Decca’s Max Richter in June.