Tom Lewis and Laura Monks promoted to co-presidents of Decca 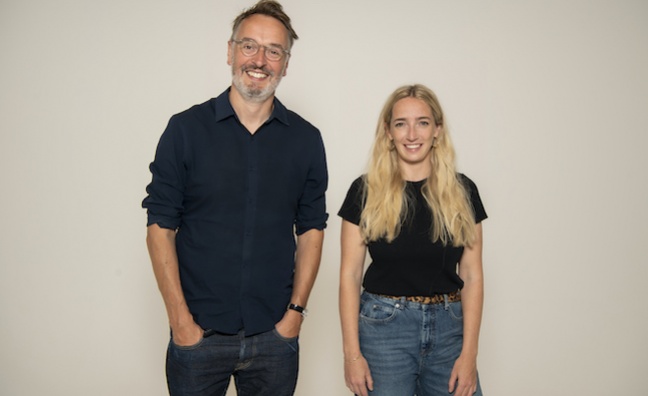 Universal Music UK has announced the promotions of Tom Lewis and Laura Monks to co-Presidents of Decca Records Group.

Tom Lewis and Laura Monks have led Decca for the past 19 months as co-MDs, a period when the label has broadened its creative output.

Decca has seen the breakthrough success of Jacob Collier, who made Grammy history by becoming the only artist in the show’s history to win an award for each of his first four albums. The label has also developed Norwegian singer-songwriter Aurora, whose hit single Runaway is making waves across the globe.

Decca has continued to release music in the classical, jazz, soundtracks and adult contemporary genres, including Gregory Porter, Ludovico Einaudi, Sheku Kanneh-Mason and Andrea Bocelli, amongst others. The label was instrumental in Bocelli’s record-breaking Music For Hope concert from the Duomo in Milan during 2020’s global lockdown.

Laura and Tom are exceptional leaders who complement each other brilliantly

David Joseph, Universal Music UK chairman and CEO, said: “Laura and Tom are exceptional leaders who complement each other brilliantly. They are perfectly placed to steer the legendary label into this exciting new chapter with both their creative vision and fearlessness to do things differently.”

Laura Monks said: “Decca has had such a rich history and there is one thing that has always been fundamental to the label’s success: a true passion for music without boundaries that can connect deeply with international audiences. I feel incredibly honoured to be leading the next adventures of this label with Tom, especially knowing the opportunity for discovery and innovation on a global scale for our artists is now almost limitless.”

Tom Lewis said: “I’ve been obsessed with records my whole life. The teenage me would never have believed that one day, I’d be given the opportunity to lead one of recording history’s most legendary labels. Laura and I are so lucky to be working alongside such an ambitious and entrepreneurial team. And, we have such exciting plans for the next chapter in this label’s already extraordinary story.”

Lewis joined Decca 19 years ago as label manager for the jazz division before making the move into A&R. He later became VP of Decca, A&R and artist strategy.

Monks, who is approaching her 10th year at Decca, previously held roles at the label encompassing digital, commercial and marketing before becoming general manager in 2018.