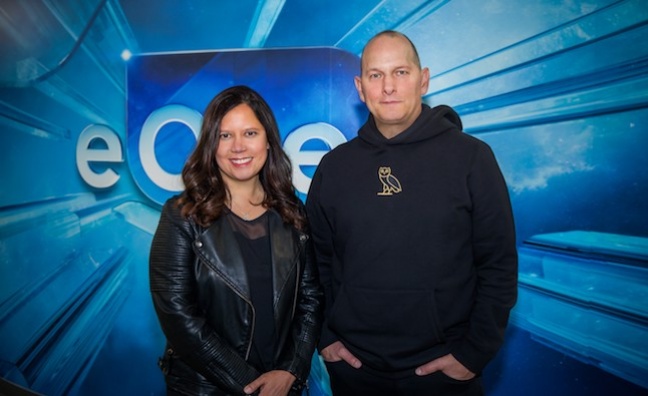 Alonte will oversee eOne’s creative servicing hub for film, television and varied content producers looking for music solutions for their projects. The appointment is effective immediately. Alonte is based in Los Angeles.

Chris Taylor, eOne’s global president, music and live, said: “One of our unique selling propositions as a music company is our proximity to content producers that are using music every day. Maria will assist in continuing to build the bridge to those creators to ensure eOne provides the best end to end music solution in the business. We are so lucky to have her.”

Prior to eOne, Alonte served as SVP, film and TV synchronisation for Universal Music, where she headed the creative sync team for Republic, Def Jam, Island and Verve Record labels. Alonte produced the Ferdinand soundtrack album for Island Records, which delivered Nick Jonas his first Golden Globe Nomination for the single Home.

She also produced the soundtrack to The Hate U Give, for Def Jam Recordings, which featured Tupac Shakur (coincidentally part of the eOne/Death Row roster). Alonte was also instrumental in securing Ariana Grande for Apple’s Memoji ads, which featured her single 7 Rings for Republic.

Alonte said: “I’m so excited about what Chris and the team have been building at eOne. I’ve never seen this level of synergy within a media company. The music team is fully integrated into the content strategy at every level providing platforms for our artists across the board. I’m looking forward to building this story as the company enters into this new chapter as part of the Hasbro family.”

Since Taylor’s arrival to eOne in 2016, the music division has built a music supervision department and a composer roster. In 2019, eOne added production music library Audio Network to further service producers at eOne and beyond.

“Now that we are part of the Hasbro family, we have more opportunity for our music team to combine with filmed content to enhance that content and market our artist brands,” said Taylor.

The eOne roster includes High on Fire, Lumineers, Brandy and Wu Tang. The management has over 70 acts including Jax Jones, Lights, Tegan and Sara and comedian Steve Trevino.

The publishing division had a big streaming hit in 2019 with Blueface’s Thotiana.