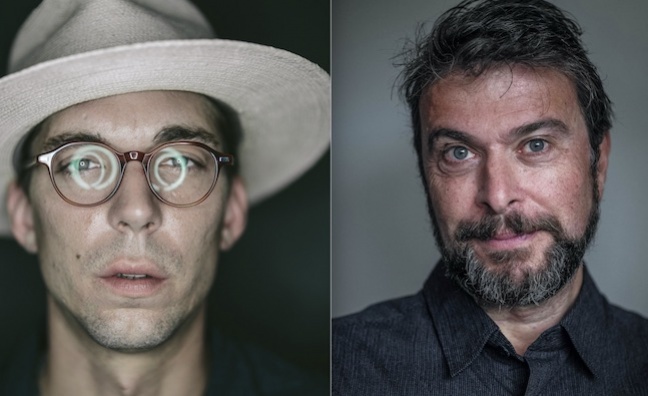 Exceleration Music has signed a long-term agreement with the estate of singer and songwriter Justin Townes Earle.

Exceleration invests in independent labels and artists and works to develop their legacies. The company has acquired the rights to Earle’s recordings between 2008 and 2012, a period when he recorded albums including Harlem River Blues, The Good Life and Nothing’s Gonna Change The Way You Feel About Me Now.

Justin Townes Earle tragically passed away from an accidental overdose in August of 2020.

The deal extends beyond the term of his licensing agreement with Bloodshot Records, which was recently acquired by Exceleration. The Exceleration Music team will work alongside the estate to ensure his catalogue is celebrated and amplified across the global digital and physical market.

Exceleration partner Charles Caldas (pictured, right) said: “I believe, as many of his fans do, that Justin Townes’ songs and recordings deserve much wider acclaim and recognition than he achieved in his lifetime. It is humbling to have this opportunity to work alongside his estate to ensure that his music continues to be discovered and celebrated, and most importantly to work to make sure that his extraordinary legacy as a songwriter and recording artist brings him the recognition he deserves.”

Laurens Kusters, representative of the Justin Townes Earle estate, said: “We are very excited to take on the next chapter with the great team at Exceleration Music. After we lost Justin, we crafted a plan of how his legacy will be immortalised. Exceleration Music is a crucial addition to the team to make that happen.”

Jennifer Earle added:“I am truly touched by the appreciation that Exceleration Music has for Justin and am very much excited about combining forces with our collective visions to honour his legacy as a songwriter, husband and father to Etta.”

Exceleration has also acquired the jazz label Candid Records, and partnered with the Ray Charles Foundation, with which they launched the recent True Genius box set and digital campaign.