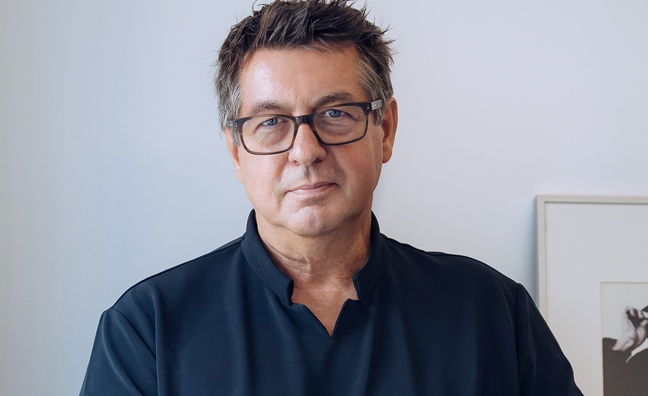 BMG’s most significant film project to date is about to reach cinemas.

Moonage Daydream, the David Bowie documentary written, directed and edited by Brett Morgen, is released worldwide on September 16. For the first week, it will be screened in IMAX cinemas, to enable fans to fully immerse themselves in the rich archive footage and stellar soundtrack.

The film, which is guided by David Bowie’s own narration, is the first officially sanctioned film by the estate since his death in 2016. A companion album will be released by Parlophone.

BMG developed Moonage Daydream with Live Nation Productions. In addition to the documentary project, the company represents a minority interest in the publishing of David Bowie’s songs from 1970 to 1977.

Following a huge deal earlier this year, Warner Chappell is, of course, the main publisher across the entire catalogue - read our extensive interview with CEO & co-chair Guy Moot on David Bowie’s songs and the new film.

Here, Fred Casimir (pictured), BMG’s EVP of global recordings, talks Music Week through the development of Moonage Daydream, his hopes for the documentary and the music company’s vision for its growing film division…

How significant is this film project for BMG’s film division?

“This is the biggest film project that BMG has initiated so far. Its groundbreaking narrative and unique storytelling reflect pretty much where we will go when we speak about creative directions.”

Can you share some insights into the process from the backing of the project to its release later this year?

“The film and the partnership with Brett Morgen and Live Nation started about five years ago. It was clear that such a comprehensive film about such a complex subject is really asking for partners, especially when you do something new in an area that is not your core business.”

What are your hopes for this as a global release? And do you expect it to be a streaming evergreen on screen, like Bowie’s catalogue?

“Needless to say, David Bowie as an artist was – and his work still is – a big part of younger people’s search for identity. His brave and uncompromising approach to art, his incredible drive for change, and the fact that he challenged us until his last recording tells how significant this man’s work is. Yes, I am convinced that this film will become a classic.”

What is BMG’s relationship and investment in Bowie’s 1970s catalogue - and how will this film further elevate those songs in terms of their cultural significance?

“BMG represents a 25% interest in the publishing of David Bowie's songs from 1970 to 1977, including Starman, Ziggy Stardust and Moonage Daydream. However, this is Brett Morgen’s movie, and we couldn’t and wouldn’t seek to influence which songs were used. What the film does is open a door to the many different areas in David Bowie’s work that are not necessarily the most obvious, and this film alone has an enormous value.”

“Anyone who watches this film for a few minutes won’t stop watching until the end. I think you will leave the cinema and start digging into the world of David Bowie – so people be prepared for a wild ride. My advice: just sit down and let it happen – don’t fight it.”

How important was the sound production and Tony Visconti’s involvement?

“This is a question for Brett Morgen and Mr Visconti, but when you listen to the incredible sonic storm you have the answer. It blew my mind and ears.”

I am convinced that this film will become a classic

Does it show the potential of cinema for music performance and recordings?

“It’s hard to tell – there are not many artists with such a body of work, so versatile in every aspect. I hope it will trigger some new ideas of combining music and cinema, and if it helps to encourage filmmakers to be braver – great.”

What’s your reaction to the completed film? And the critical response so far?

“The reaction has been extraordinary. To be honest, I was not sure whether such a different approach will be consumed easily – let’s not forget it’s a two-and-a-half-hour long rollercoaster ride – but we are very pleased about the enthusiastic reactions everywhere. It’s a testament to the artistry of both David Bowie and Brett Morgen. On the strength of its premiere alone, Moonage Daydream is by far the best reviewed movie we have yet produced.”

What plans do you have to build on the film division’s achievements?

“We will increase our network of partners and subsequently increase the production output. We will invest in the development of new formats, we encourage filmmakers to think outside the box and to come up with ideas that are different. We like to challenge ourselves and our partners. Or as the great Marina Abramovic said: ‘Having the courage to face the unknown is so important.’”

As executive producers and financiers of the film, BMG (alongside Live Nation Productions) have licensed US distribution rights to Neon, while Universal Entertainment International will handle the movie outside the US. North America cable and streaming rights have been licensed to HBO and HBO Max.