'Great records are the best advertising you can have': Positiva celebrates 25 years of dance anthems 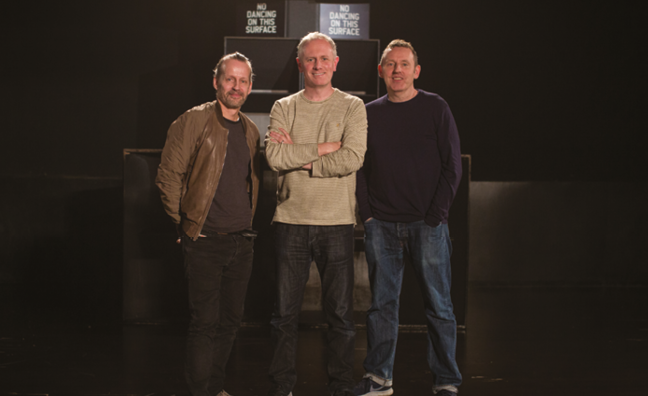 Positiva Records is busy celebrating its 25th anniversary with one-off parties, and there’s a panel discussion with Pete Tong at the International Music Summit (IMS) on Friday (May 25).

In the latest issue of Music Week, you can read the full story of the label’s ‘90s success and how it’s stayed on top with EDM stars such as the late Avicii and the new generation of DJs and producers, including Jonas Blue and Martin Solveig.

Here, to mark the anniversary, Positiva execs past (founder/MD Nick Halkes, head of A&R Dave Lambert) and present (Positiva/Virgin EMI A&R director Jason Ellis) talk us through some of the label’s iconic tunes, as well as their chart triumph over Victoria Beckham with Italian DJ Spiller and Sophie Ellis-Bextor…

Jason Ellis: “It was a massive battle, between us and Ministry [Of Sound] to the death to sign it – we thought we’d lost it at least twice, and that was just the instrumental. Our secret weapon at the time was that one of our lawyers spoke fluent Italian. Their management didn’t know this, so we brought him into the meeting to earwig and listen in on what they were chatting about in Italian. Of course, it all just came down to some extra cash, so we wrote a slightly bigger cheque and managed to clear the rights, so that was that. Over the following six months, we worked on the vocal version, we got Sophie involved – her band The Audience had just split up and she was looking for a new opportunity.

“We knew we had a great record and we thought it could do very well, but of course as we got nearer to our proposed release date we found out that the True Steppers and Victoria Beckham record [Out Of Your Mind] was on the same date. The media went into an absolute frenzy over it. There was a call in at some point to ask us politely to move our record so she could have a clearer shot at the No. 1, but we were like, ‘No, sorry we’re sticking.’ It was a very rewarding chart battle where we came out on top.”

Nick Halkes: “Fortunately, we did have the space [at EMI] to build a base and put out credible records. We didn’t have anybody breathing down our necks saying we need a hit. The big smash came probably at just the right time. Reel 2 Real came along [on the chart] in February 1994 and smashed it both in the UK and internationally – it really put us on the map. That was a record that Positiva was the only label to offer on, everybody else had passed on it. If the thinking had been that we only want to sign something that we really feel is going to be a smash, we wouldn’t have signed it. It became a smash once we started to promote it.”

Dave Lambert: “You went out at the weekend and you heard it four or five times a night. We didn’t know if it could be a hit but we knew DJs were playing it.”

NH: “It helped us and it helped the bigger EMI system. Great records are really the best advertising you can have – if you can sign great records and put them out, people will notice.”

NH: “The first single was a big club record [Up And Down]. That had the specialist base I always like to have in records. We knew that there was something incredibly commercial and poppy to follow it up [We Like To Party], and we had a ton of hits on the back of that. That was the point where Positiva had its broadest spread of artists – from Adam F to Alice Deejay. It was a bit weird because one phone call would be something crazy that Vengaboys wanted to do on the Smash Hits tour, and then the next call was that Adam F’s gone to Jamaica to do a session with Beenie Man and some dudes have got guns. The contrast between the two ends of the spectrum was almost comedic really. It’s a good job we didn’t mess up the flight bookings.”

JE: “Reel 2 Real’s I Like To Move It was the one that really exploded. But the one that everyone keeps going back to is Disco Evangelists’ De Niro, which wasn’t a hit but was a well-respected flag marker. That really helped cement the label within the DJ community.”

NH: “I don’t think I had a vision for a genre-based sound for the label. It was about records that can sit very comfortably at underground, credible level – and that can be their start point – but also trying to find some records that have a broad accessibility.”

JE: “Jonas Blue in the last two or three years has been phenomenal. [Positiva] having that understanding of how to work a one-off track or single is definitely a benefit in the current landscape. Jonas Blue is a classic example, where three of the first four singles have sold more than a million in the UK alone plus huge numbers of sales internationally. Although he’s making much more commercial pop music these days, his roots are very much in the history of what the label is al about.”

To read the full history of Positiva, pick up the latest issue of Music Week - or subscribers can click here. To subscribe and never miss a big industry story click here.