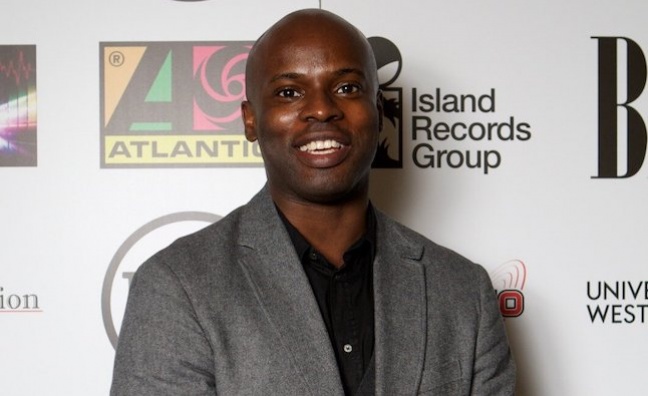 As the scholarship for the Music Business Management MA at the University of Westminster enters its fifth year, it has received high-profile support from industry champions Alec Boateng, Taponeswa Mavunga and Wretch 32.

It was launched by friends and family of Richard Antwi (pictured), as a response to the sudden death in 2016 of the hugely respected industry lawyer, manager and entrepreneur. He had contributed to the course as a guest lecturer.

“The scholarship represents a commitment to improving the track record on diversity and inclusivity in an industry that has fallen short on many occasions,” said Sally Anne Gross, programme director of the MA. “Our aim is to enable future music professionals to become leaders of that industry.”

The Richard Antwi Scholarship accepts applications from aspiring industry executives from Black, Asian and diverse backgrounds, and who already hold an offer of a place on the MA course at the University of Westminster.

Paul Heard, a former member of M People and owner of MPH Productions, is part of the team overseeing the scheme and preserving the legacy of his friend, Richard Antwi.

“This particular year [2021-22], the standard of the applicants was so high, it was really hard to decide, which is why we chose Shanice and Idris,” he said.

Universal Music UK supported a scholarship for Idris Green-Holder, who will be placed into the company’s graduate programme as Richard Antwi Graduate Programme Executive.

“So far, my scholarship experience has been life-changing,” he told Music Week. “I’m definitely looking forward to starting at Universal later this year. The course has given me a greater understanding of the infrastructure of how a major label operates.”

During the MA programme, guest speakers offer business perspectives at a time when the industry is confronting its record on diversity.

“Aside from providing financial support for me to pursue the MA, the scholarship has provided me with a support structure inside the music industry,” said Green-Holder. “That’s been really invaluable to me, to feel supported by your peers and people you look up to who are spearheading the current changes in the music landscape.

“There’s definitely still a lot of work to be done in terms of representation in the music industry, particularly at the top, but this scholarship is a fantastic initiative to help make a difference, and I’m grateful to be a part of it.”

“Slowly the people behind the music are becoming more diverse, but at the top of the chain I’m struggling to see it,” said Edwards. “The scholarship is such an important initiative as it gives someone with no established pathway a route in and, through support, the sense of agency needed to reach the top.

“Richard Antwi spent his career helping others. Some of them are now the best in the business. It’s so inspiring to see that and receive support based on this principle by people who knew him.”

The initiative became even more vital as the wider music industry accelerated its efforts on diversity in the wake of the Black Lives Matter protests in 2020.

“Richard himself was totally aware of these issues,” said Gross. “By 2017, there were already people in place that had power and a voice within the industry that supported the [scholarship]. So I think that’s been really important.”

Alec Boateng, co-president of 0207 Def Jam, said: “The scholarship programme is amazing, because it not only provides an opportunity for people who might not be able to have the access or traditional requirements to that level of education, it also actively looks for and acknowledges the skillsets that are sometimes ignored but can provide huge value to the industry when married with the opportunity the scholarship provides.”

Previous scholars who have secured industry roles continue to support the programme.

“Jojo has really been able to contribute in a brilliant, unique and creative way,” Boateng told Music Week. “His experience as a producer and someone who has been part of the creative process with artists has been invaluable in the meetings in which we’re really trying to navigate how best to help our artists.”

As the team work to secure future funding, they are confident that it will be a long-term initiative.

“The whole profile of the scholarship over the last few years has gone to another level,” said Paul Heard. “The industry really gets what we’re trying to do.”