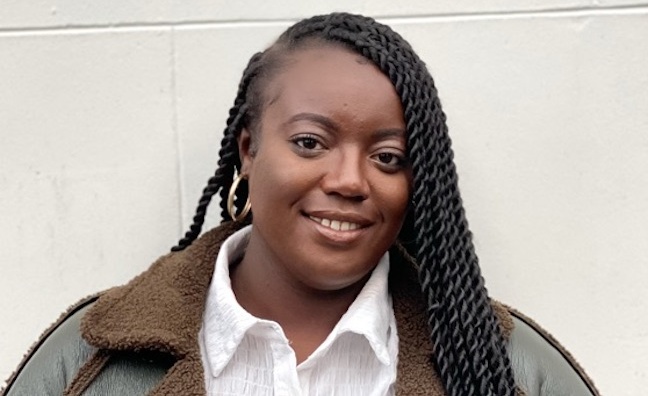 The Richard Antwi Scholarship, in conjunction with the University of Westminster, has announced that its 2021 recipient will be Shanice Edwards. She will be awarded a full scholarship for a place on the university’s prestigious Music Business Management MA course.

Every time the Richard Antwi Scholarship opens, it has received a greater number of high calibre applicants from Black, Asian and minority ethnic backgrounds.

This year, following a hiatus in 2020, after an extremely competitive round of applications, Shanice Edwards has been named the third recipient of the award, which aims to provide and support pathways into the industry and enable each exceptional recipient to fulfil their aspirations.

Shanice Edwards is a Music Business and Arts Management Graduate, who began studying music at Birmingham’s first performing arts academy BOA. She is a first-generation graduate from an extremely proud family of Caribbean heritage.

Edwards is passionate about new artists, music creation and giving opportunities to talent and is focused on a career in the A&R field of the music industry.

The highly regarded Richard Antwi Scholarship award comprises full course fees; a full bursary of £10,400; mentorship from the RAS Team, and professional executive coaching to support the recipient’s career pathway via work placements and networking aligned with their professional focus, skills and aspirations.

Commenting on the announcement of the new scholar, Wretch 32 said: “Congratulations Shanice, I hope you’re happy, geared up and ready to embark on this journey, and of course I’m sure we’re gonna cross paths in the future. You’re in great hands, the hands that make light work. Richard would be proud.”

Taponeswa Mavunga, director of Africa Sony Music UK, added: “Huge congratulations to Shanice on her achievement! It’s no mean feat, because by all accounts the team received a high quality of applications, so it’s a testament to Shanice’s talent and passion, qualities that Richard’s legacy continues to inspire! I look forward to seeing Shanice progress and getting the chance to finally meet in person.”

The Richard Antwi Scholarship was founded in 2016 by friends and family, as a response to the sudden death of hugely respected industry lawyer, manager and entrepreneur, Richard Antwi, who had contributed to the Music Business Management MA course on numerous occasions as a guest lecturer.

Previous scholars include inaugural recipient Jojo Mukeza, Esther Bokuma and Daniel Beckley (Associate Scholar), all of whom are now placed within the industry.

Phillip Antwi said: “Huge congratulations to Shanice on her achievement as the new Richard Antwi Scholar. She hugely impressed us with her application and we are so proud to shine the light on her exceptional talent. Richard has left a lasting and important legacy and it feels good to continue the great work to give access and opportunity for another future music industry leader.”

Shanice Edwards said: “I feel so blessed and grateful to have been awarded the Richard Antwi Scholarship, the access to support I will have and the chance to connect with Richard’s close friends and family is such an amazing opportunity. To already have the organisation believe in me feels so powerful and I can’t wait to get started! I never met Richard, but I can feel how much he meant to so many, and I am already so thankful to him.”