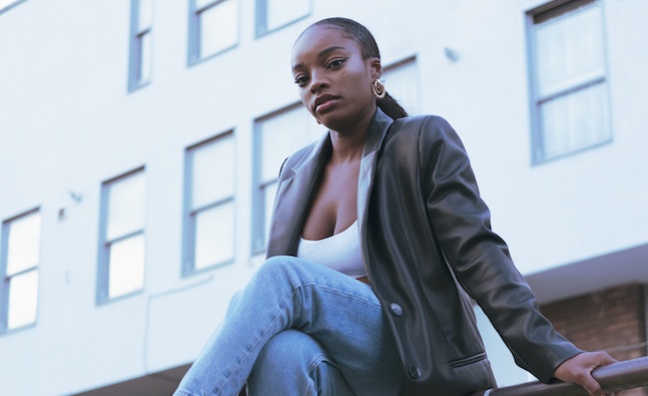 The Richard Antwi Scholarship has named Janelle Mitchell as its fifth scholar.

After a highly competitive round of applications, the initiative will continue its support for diverse, future industry leaders.

Janelle Mitchell will be awarded a full scholarship for a place this year on University of Westminster’s highly regarded Music Business Management MA course, commencing later this month,

Janelle Mitchell is a London-based creative and emerging music executive, who started off as a DJ in 2017, and now finds herself supporting artists from Kojey Radical to Little Simz, whilst also guest mixing for BBC 1Xtra, KISS FM and Capital Xtra and DJing at festivals, such as Stormzy’s Merky Festival in Ibiza and Strawberries & Creem Festival.

Mitchell also works as an artist relations manager at Believe.

The prestigious Richard Antwi Scholarship comprises full course fees, a bursary of £10,400 and career support. It was founded in 2016 by friends and family, including many of the sector’s creators and shapers, as a response to the sudden death of hugely respected industry lawyer, manager and entrepreneur, Richard Antwi - who had contributed to the Music Business Management MA course on numerous occasions as guest lecturer.

It is an annual award that seeks to champion next generation talent from diverse ethnic backgrounds, with the aim of continuing Richard Antwi’s legacy of supporting and enabling young people with talent, drive and ambition to find their career pathway, fulfil their aspirations and increase representation in the industry.

Receiving the Richard Antwi Scholarship feels like such an honour

The scholarship is awarded in conjunction with the University of Westminster to applicants who hold an offer of a place on the university’s highly regarded Music Business Management MA course. The course acts as a bridge between academic study, research, and the professional world of music business.

There was a hiatus in 2020, followed by two scholars in 2021: Shanice Edwards and Idris Green-Holder (in partnership with Universal Music UK). There have also been associate scholars, Daniel Beckley and Isatta Sheriff.

Phillip Antwi said: “Huge congratulations to Janelle Mitchell for becoming the fifth Richard Antwi scholar. It has been over six years since Richard’s passing, and although we continue to miss him greatly, it is truly humbling to see his legacy and vision still out there in the world, embodied by the Richard Antwi Scholars, the scholarship team and all its champions, partners, supporters and funders across the industry. He would be proud. My family and I are so happy to honour and pay tribute to my brother Richard in this way, but also help to create a trusted pathway into the music business and therefore build access and opportunities for our diverse future leaders.”

Janelle Mitchell added: “Receiving the Richard Antwi Scholarship feels like such an honour and I’m so excited for what’s to come! As a Black woman in music, the glass ceiling feels even more impenetrable, so being equipped with the Music Business Management MA, doubled up with guidance from the RAS team, will be an absolute game-changer for me. My ambitions are to utilise the MA to gain a senior position in music and shake up the industry from within, focusing on representation and diversity across the board."