'I'm a plate-spinner!': Colin Barlow on his multi-tasking return to the music business 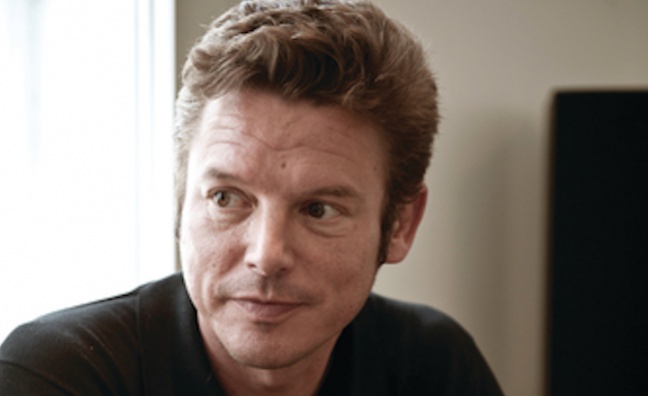 Former RCA and Polydor label boss Colin Barlow has been speaking to Music Week about his return to the music business.

Barlow left RCA, where he was president, in December 2016. He’s been keeping a low profile since then, but is now back with interests in a number of companies and sectors across the industry under the Merrystar umbrella, including a label and a publishing company.

“It was daunting at first,” Barlow told Music Week of his move into the independent world. “Because you’ve got to do everything on your own, all the heavy lifting is down to you. At first I went back to school because I realised the business was changing so much. When I left RCA it was a period where everyone had gone, ‘Majors are done, it’s all about independent spirit’. But the more I’ve seen over the last year and a half, the less I believe that. With streaming, the majors are in a better place than ever, but you need people who can develop and make records – and that’s a skillset that a lot of artists don’t have. I’m hoping I can find that area.”

Barlow has a new label, Stanley Park, which will go through Warner Music’s services division, ADA. Its first release, set for 2019, will be the new album from James Morrison, with whom Barlow enjoyed huge success at Polydor in the Noughties. Barlow was Polydor co-president with current Universal Music UK & Ireland chairman/CEO David Joseph, helping the Take That reunion to stellar success. Take That’s Gary Barlow has written a song for Morrison, and the album also features Joss Stone.

“I’m a massive fan of James,” said Barlow. “He’s one of those people you look at and think, he’s still relevant and there’s a marketplace for him. But with people getting so worried about streaming, they look at older artists and think, ‘Where do you go with these people?’. But the streaming world is not just going to be for kids who love grime, it’s going to be for everybody.”

Other signings to Stanley Park will follow and are likely to be in a similar vein to Morrison.

“Artists that people respect,” said Barlow. “The idea is to build a boutique, but very cool label that’s got artists that perform great songs. It’s all about the songs for me.”

“Allusinlove want to be a big rock’n’roll band,” said Barlow. “Their live shows are mad and you’ve got a band that wants to be the biggest band in the world, whereas everyone else has gone a bit beige. We’ve got to get back to those old days of stars and people that actually move the dial, because it’s all just a bit wallpapery at the moment.

“Look at the market place and right now [rock is] not what anyone wants but you can never write what comes next. The beautiful thing about music is it’s so unpredictable. When the Arctic Monkeys or Stone Roses or Oasis turned up, it was a period of time when everyone said ‘That’s over’. Rock’s been written off more than any other genre of music.”

Barlow is yet to recruit a permanent team for his numerous ventures but said he was used to working across multiple projects.

“I’m a plate-spinner!” he said. “When I started, I was an A&R guy so I’d have six or seven acts to work on and I loved it. I don’t mind hard work because I don’t think it is work: making records is great fun. It’s all about the songs and letting an artist really make what they believe in. We’ve got to be careful not to make everyone sterile and in a box. That’s always been the joy in music: rules are there to be broken.”