Inside the plans for a bigger, bolder eOne with Chris Taylor & Ted May 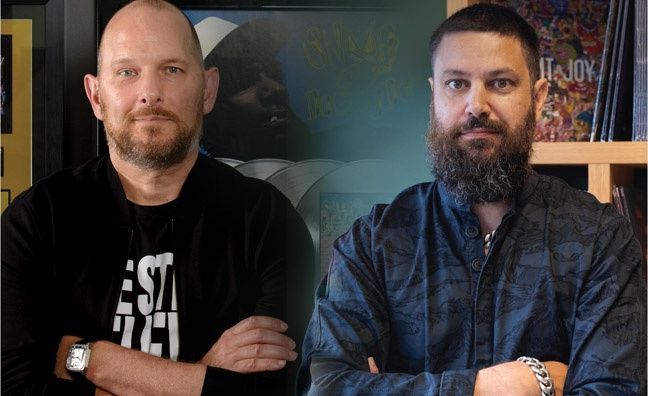 In the new issue of Music Week, we take a deep dive into the world of eOne.

Last year, the thriving independent label – part of a parent company bearing the same name comprising films, TV, and family brands – made global headlines when it was acquired by toy giant Hasbro in a $3.8 billion all-cash deal.

In our interview, Music Week meets eOne’s global president, music & live, Chris Taylor and managing director, UK & head of international, music, Ted May to find out the big plans behind what happens next, from new signings to “unreleased” Death Row Records material.

“The vision is the same as when I got here,” said Taylor. “It’s about trying to build a special place for artists, and trying to build as much opportunity for them as possible. I think we’re on the road to accomplishing those things.”

Indeed, of note is that eOne now believes it is operating at the level of a mini-major. In our interview, Taylor and May set out what sets them apart from the majors…

“We can be more flexible in terms of rights ownership, licensing, terms, royalty percentages and focus,” said Taylor. “Those larger companies are signing so many artists every year, and not really rolling up their sleeves and putting the time and attention into each one as it comes in through the pipeline. In our case, we sign a lot less, and focus on every one. We may not be successful every time, but every act that we have is going to get the attention that they’re going to want off the top to get things rolling.”

“I always look at our stats and one of the things that we do better than anyone, better than the majors, is that, in the long term, we always have much better numbers,” added May. “Certainly in the early years of eOne, it was a bit of a battle with artists to say, ‘Hey look, that label is going to give you a big advance and it’s going to feel great in the first two weeks – with us you’re not going to get that, but two years down the line you’ll be making more money and your track will be streaming more.’ That was really hard at the beginning. It almost goes back to the old days of managers being like, ‘Don’t take that big advance, get a better percentage’. It was really hard to sit with the artist and go, ‘Just trust us’. But now? We’ve got data and had the success to back that up and go, ‘Listen, with our deal, in 20 years’ time, you’ve got a pension.’”

A key part of Taylor’s vision is that he wants eOne “to be more than just a recorded music company” – something it has been building upon for a number of years. On top of its label operations, eOne’s offering includes publishing, touring and management. And the latter arm – which currently represents 69 recording and touring acts – has been giving eOne some big wins in 2020.

Its latest management signing is TikTok titan Powfu, whose viral track Death Bed (Coffee For Your Head) has over 687m streams on Spotify alone). Taylor was full of praise for the Columbia-signed artists.

“I see huge potential with him,” Taylor told Music Week. “This kid is producing and making songs with friends and people online all day, every day. There's lots of higher profile, radio promotion songs that that are being worked on but then, in addition to that, there's day-to-day music that he's putting out with his friends, almost on a bi-weekly basis. Columbia’s been really supportive with that, there's an understanding that there's a fan base that he needs to feed and stay connected with, in addition to trying to hit those big home runs from time to time, while staying true to himself.”

“One of the first management companies I brought into eOne was Nerve – they're based out of UK and LA who manage Blessed Madonna,” said Taylor. “She's been part of the family for close to four years now. She’s having a bit of a moment. She's wonderful. So talented and such an incredible person and a hard worker, it's just been a joy to see her blossom.”

Taylor believes the Club Future Nostalgia record will have a big impact on her career.

“I think it's helped increase her profile, obviously, and put her in front of people who otherwise wouldn't have heard her,” he said. “You don’t get a much better look than being in an Instagram post with Dua Lipa, Madonna and Missy Elliott. I think it's a great platform for her to sort of continue on as she's working on her own music and putting that out into the world as well.”