Ole Obermann: TikTok 'well down the road' to being fully licensed 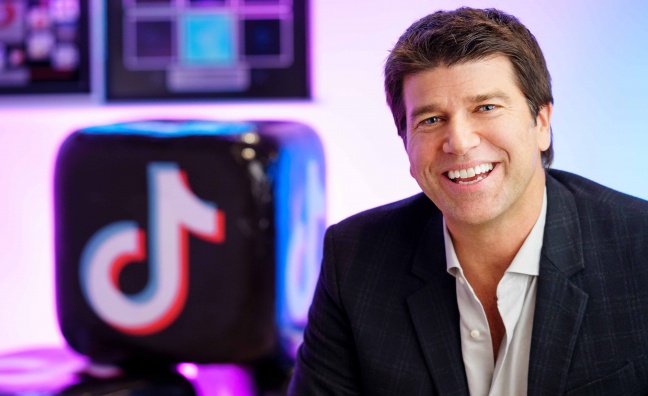 It’s TikTok’s world – everyone else just lives in it.

The social media/video-sharing platform has been the music business success story of 2020; its ability to supercharge songs meaning it has rapidly become an indispensable part of the industry’s hitmaking machine.

That’s why TikTok stars in this week’s Music Week, available now, in a cover story that offers unprecedented access into how the company works – and consequently has got the whole music industry talking.

But while sections of the biz can’t live without TikTok, others are unsure about it, due to its opaque licensing set-up, with the app protected by safe harbour rules around user-generated content (Donald Trump has also threatened to ban it in the US, but that's another story). At the moment, TikTok is understood to have a patchwork quilt of licensing deals made up of some short-term agreements, a few historical licences (dating from its Musical.ly days) and some newer, much-trumpeted deals with the likes of Believe and the NMPA. Merlin also signed a deal at the start of the year.

But there is a lot more going on behind the scenes and the NDAs. And the person who knows about all of it is global head of music and deal-maker in chief, Ole Obermann.

Obermann is familiar to many in the biz due to his time on the other side of the licensing fence, first at Sony and most recently as Warner Music Group’s chief digital officer and EVP, strategy & development.

But no major label or publisher has yet announced a new TikTok deal. So Music Week sat down with Obermann to discuss how negotiations are progressing…

How are you getting on with your licensing negotiations?
“We’re making really good progress. We’ve got a number of both major and indie deals that we’ve done in the past months. A couple of them have been announced – Believe and NMPA have been the two most high-profile – but there are a few other very big ones that have been done as well that we haven’t talked about for one reason or another. And then there are a number of other deals where we’re basically at the finish line, there have been a few cases where we’ve got a couple of laps to go before we get to the finish line. Everybody’s getting their head around how TikTok works and that’s leading to a negotiation that’s positive for both sides, we understand what they need out of the deal and what we can give and what they can give to the deal. I’ve seen really good progress.”

Are you saying you now have long-term deals in place with some of the majors?
“I am.”

How hard was it to do the NMPA deal after their criticism of TikTok?
“There was a real gap in understanding, and there had just never been a great level of engagement with NMPA and some of those very influential publisher members. But once we really started making the rounds and myself and my team started meeting with them and explaining how it works and negotiating, it was actually a relatively straightforward process. There had just been a gap in the relationship, no one had had the chance to build it the way it needed to be built.”

My job is to get us licensed and legal, so the threat of legal action keeps me up at night

How big a concern was possible legal action for you?
“My job is to get us licensed and legal, so it’s obviously a big concern. It keeps me up at night and I was communicating that up to the top and everyone agreed, the last thing we wanted was to get into a major public legal battle with a trade body like the NMPA – or any of the big rights-holders, or even any of the smaller rights-holders. But the way we approached it was to say, ‘Look, it’s a business relationship, we need to understand each other’s needs and we need to be able to figure out a deal that works for everyone’. And we were able to do that.”

What are rights-holders looking for in a TikTok deal? Are they asking for historical compensation for periods when it wasn’t licensed?
“Almost all of the relationships that I have inherited since I arrived nine months ago had already addressed the historical period, so I’m able to focus on the go-forward period. There were a couple of things we needed to make right for the past and NMPA was one of them, but with almost all of them we’re now able to focus on go-forward.”

What’s happening with the ICE deal after it was sent to arbitration?
“That is nearly there – it’s very similar to NMPA in that there was a lot of misunderstanding and never enough focus on both sides getting to sit down at a table and explain how everything works. We’ve been very focused on that one over the last number of months and we’re making good progress.”

There are a lot of other platforms out there. So why should the biz value a TikTok deal above the others?
“TikTok is the ultimate direct marketing machine because it understands the user – every feed going to every user on TikTok is personalised. And so there is nothing else out there that is as good at recognising exactly what you want to hear today. It breaks down how you behaved yesterday on TikTok and it’s going to get that much smarter tomorrow and the day after that and the day after that. There’s never been anything out there at the kind of scale that we have that can be that personalised and is that good at it. That is the magic of TikTok.”

* For the full, exclusive TikTok cover story, starring Obermann, UK boss Paul Hourican and a host of executives, artists and influencers, see the new issue of Music Week, available now, or click here. To make sure you can access Music Week wherever you are, sign up to our digital issue here.