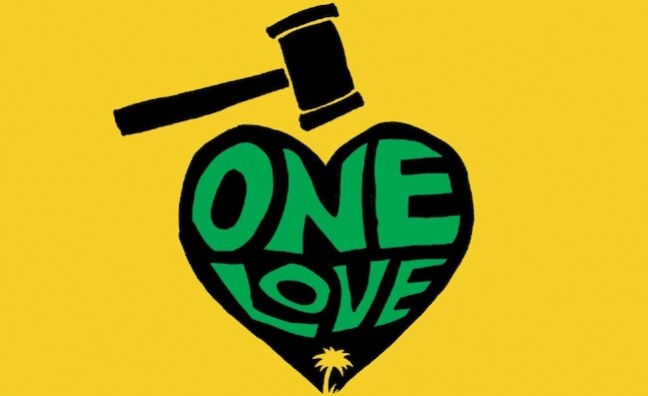 Island Records has announced that their One Love Covid-19 Relief Auction, in support of NHS Charities Together & Feeding America, has raised £179,755.

Hosted by the actor, singer, director, composer and playwright Billy Porter, the auction comprised one-of-a-kind donations from Island artists old and new as well as friends of the label.

The U2 lot, featuring Bono’s signed and hand-written lyrics for I Still Haven’t Found What I’m Looking For, sold for £76,000, believed to be a world record for U2 lyrics.

There was also a last-minute addition to the auction with a unique one-off lot from Brian Eno. Eno offered up a personal one-of-a-kind ringtone composed by him. Almost 800 people registered to bid and over 3,250 bids were made during the hour-long live broadcast.

Island Records president Louis Bloom said: “I’d like to thank all our amazing artists, our US counterparts at Island US and Republic, all our media partners, Omega Auctions and every last member of the Island team who have worked tirelessly to get this auction together in such a short space of time. I’d also like to thank every person who bid on these amazing lots or made a donation, you have made a difference and all the money we raised will aid Covid-19 relief & go direct to NHS Charities Together and Feeding America. We are living through very challenging times and to be able to come together, like we have this week, and to help those in need, has been a real honour”.

Bloom spoke to Music Week about how the auction came together.

“In our first meeting post-lockdown, we talked about what we could do to show our support for our wonderful NHS and key workers,” he said. “As we all know, music can be a great source of comfort and inspiration and helps us all get through difficult times. We wanted to do something more tangible. It was Steve [Steve Pitron, SVP, Island Records & promotions] who said, ‘Why don’t we do an auction?’. From that moment the planning began. We immediately started phoning, emailing and messaging our artists and managers to get them onboard and I have to say the response was absolutely unbelievable.

“We then managed to secure the amazing Billy Porter as our host, which gave us that truly global reach. From the off we have also been working closely with Darcus [Darcus Beese, Island US president] and Monte [Monte Lipman, Republic CEO] and their teams and they have come through with some exceptional lots. I really couldn’t be prouder of all the team at Island with everyone working around the clock to bring everything together. It’s certainly been full on with everything going on, on top of the day-to-day record company business, but the wider response across the industry, from labels and media partners, has been wonderful to see. To raise £179,755 is a phenomenal achievement in less than a week and we hope that the money will help those that need it most.”

Abbey Road: A private VIP tour for 4 at the legendary Abbey Road Studios followed by breakfast

Ashton Attzs: Rising artist will paint a portrait for the winner

Ben Howard: The guitar on which Howard wrote Keep Your Head Up on and played onstage at Glastonbury

Donae’O: The top he wore in his classic video for Party Hard

Jessie J: Four VIP tickets to gig of choice (within country winner is based), backstage tour of venue, meet & greet with pictures & signings

Mary Wilson of The Supremes: Two VIP tickets, plus meet & greet to her show in Las Vegas

Mumford & Sons: Signed Gentlemen of the Road Banjo made by Deering Banjos & a one-on-one virtual banjo lesson with Winston Marshall

Sean Paul: Get styled by Sean Paul – a jacket & pair of shoes from his own wardrobe

The Specials: The Specials Day certificate from the Mayor of Los Angeles & signed art prints by Terry Hall & Horace Panter

Tricky: Tricky Photograph by Nadav Kander signed by both artists

U2: Handwritten lyrics for I Still Haven’t Found What I’m Looking For by Bono & signed The Joshua Tree 30th anniversary vinyl boxset