'It can only be huge for the industry': PIAS on the biz's digital music future 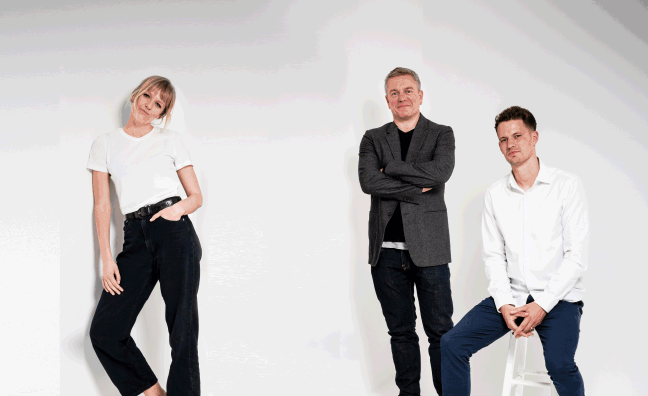 Indie giants PIAS are on the cover of this week’s print edition of Music Week, talking about their recent revamp and ambitious plans to take on the world, and the majors, “the hard way”.

But MD Jason Rackham, chief creative officer Jane Third and head of promotions Josh Nicoll also had plenty to say about music’s digital future. With a Spotify IPO, a new YouTube subscription service and Facebook’s newly licensed music service, the landscape is being reshaped on a daily basis.

Time was when digital service providers might launch without doing deals with the indie sector. Those days are thankfully gone, with streaming the rocket fuel behind many of PIAS’ breakout hits. So Music Week sat down with Rackham, Third and Nicoll and got their views on the major digital players…

Jason Rackham: “We have a great relationship with the global DSPs. This year’s trip to SXSW was very markedly different to previous trips because I found myself sitting down for lunches with Instagram and Facebook, breakfast with Apple and talking to people who understand what we do and what we’re trying to do with our artists. Apple has really thrown its hat into the ring to help develop the independent sector and help support what we do from a marketing and content perspective. We’ve had some great partnerships with them over the last 12 months. Our relationship with Spotify and Josh’s relationship with the senior people there, plus [PIAS chief digital officer] Adrian Pope’s direct dialogue with the Spotify and Amazon global teams, means we have access to the same, top people that the major labels have. But we always want more.”

Josh Nicoll: “Spotify engage with us, we’ve got their full attention. We have the same access to them as majors do with a band like, say, Editors. Yes, certain songs will only live in certain playlists, they’re not going to be in Hot Hits UK because they don’t have big singles, they’re an albums band.”

Jane Third: “Their primary motivation for doing [licensing deals] is to stop people’s videos getting blocked. They haven’t spoken about any specific music strategy on their end but there’s lots of ways that we can imagine it will pan out. Especially with Instagram, you can have lipsync videos, kids making their own videos… For fan engagement it’s going to be really interesting. You can extrapolate all these different ways of engaging with fans on their platforms. It’s really exciting.”

JR: “Seventy per cent of shares on Facebook involve music content so it can only be a huge thing for the industry. There’s such a high percentage of activity on the platform that’s already music-based. Facebook signify the levels of scale that the streaming sector can get to. I don’t think anybody believed the [audience] level Facebook would get to, or the level of engagement that it has. If you compare Spotify and Apple and the numbers they’re at so far and compare them to Facebook, then I think Facebook is a flag for where things are going. And music being core to that is important, it’s part of that growth.”

JR: “It’s the world’s biggest streaming service so any ambition from them to streamline the model is welcome. Everyone would like to see improvements in pay though.”