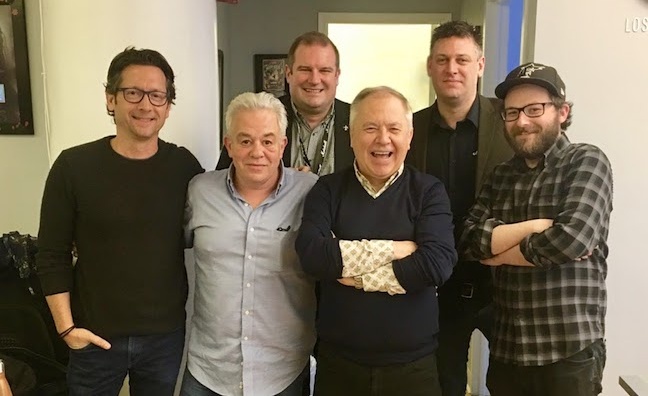 Marshall Records, which is the label subsidiary of the Marshall Amps brand, will launch the distribution deal with new music from alt-rock duo Rews.

“We at Marshall Records and throughout the wider Marshall family have always admired Allen [Kovac, CEO] and the great success of the Eleven Seven roster of artists, so this deal represents a great opportunity to join a winning team,” said Steve Tannett, global head of Marshall Records.

The UK label - helmed by Tannett, director Luke Green and label manager Peter Capstick – will look to create new opportunites for its rock roster in territories covered under the deal. ADA continues to distribute the label in the UK.

Dan Waite, Eleven Seven MD, Europe said: “Steve Tannett’s Marshall Records has been making trade headlines in the UK and their signings have been getting lots of critical praise from the music TV, radio and press which was hard to for me to ignore.

“Eleven Seven will amplify Marshall Records' presence in North and South America, and accelerate their bands’ growth to allow them to continue to fund and nurture new talent and sign established acts with the promise of USA support straight off the bat.“

“From radio and licensing, to publicity and marketing, Eleven Seven continues to set the pace for rock and independent music worldwide,” added Eleven Seven COO Steve Kline. “As we continue to expand the label group both sonically and operationally in 2018, we are delighted to welcome Marshall Records to the E7 family.”

Founded in 2006, Eleven Seven Label Group is the global home for artists including Mötley Crüe, Papa Roach, Nothing More, Bad Wolves, Just Loud, The Dirty Heads, Bleeker and Diamante, as well as Five Finger Death Punch outside of the US.