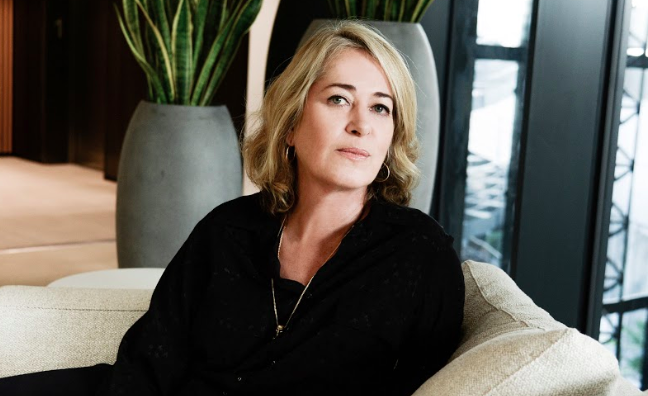 Alison Donald has told Music Week that the music industry is living through the “most transformative” generation she’s ever known.

Kobalt’s head of creative, UK across publishing and recordings stars alongside AWAL CEO Lonny Olinick and president Paul Hitchman in a special report on AWAL’s recorded music business in the new edition of Music Week, out now.

Donald previously served at Warner/Chappell and was co-president of Columbia before arriving at Kobalt in 2017.

“Kobalt’s publishing has always been global with just one roster, that was the ethos when AWAL started,” she told Music Week.

“We live in a digital world now and you don’t know where things are going to come from. It’s crazy how much territorialism goes on in other companies, whereas AWAL is genuinely a global company.”

Donald spoke passionately about the A&R strategy at AWAL, highlighting the company’s artist development business. Earlier this week, we broke the news of its latest signing, East London singer-songwriter Millie Turner, while the company also unveiled a new partnership with B-Unique.

Here, in an extract from our interview, Donald reveals the inner workings of her A&R strategy…

How do you define A&R at AWAL?
“It’s the same as in any A&R team; you’re trying to do best in class, basically. We’re able to serve a very wide variety, which reflects how music is today. Seeing AWAL beside some of these artists shows the choice artists have now and the independence of spirit that’s out there. I think they like the alignment, we enable them to achieve as much as they want to. It’s absolutely music first.”

Your roster really is varied...?
“So are playlists! We don’t have to funnel it into one thing of, ‘This has to be a big hit’, because what is a hit now? We’re about quality and music and if the music is great then it will travel and ?get its opportunity. You never know where that fire is going to be lit, whether it’s a sync or somebody picking it up somewhere. Bruno Major had a fantastic sell-out tour of Asia that was all booked off his AWAL app and the analytics. That’s mind-blowing to me, someone like Bruno Major who you wouldn’t say is a household name, having 3,500 people singing along in Jakarta.”

What excites you about the music industry in 2019?
“It’s the most transformative time I’ve ever seen in music and ?I was doing it when we went from analogue to digital. The power has shifted to the artist and they have a choice to be able to have a sustainable career and make a living and that’s an incredible thing. Music will only be better for that, it’s broader, there’s more opportunity, the niche is back. The amount of music a few years ago was much narrower, you had to fit a certain criteria.”

How do you balance technological expertise with the human touch needed in A&R?
“Music for the most part is still made by humans [laughs] and it’s about making that emotional connection. We’re deep into artist development on new projects like Millie Turner and Jordan Mackampa. We’re doing a lot of artist development; it’s basically what we do here! It’s lovely to be able to do it from a very ground level upwards without the intense, ‘Where’s the hit?’ question.”