'It's been brilliant': Ferdy Unger-Hamilton talks chart success and 2019 plans 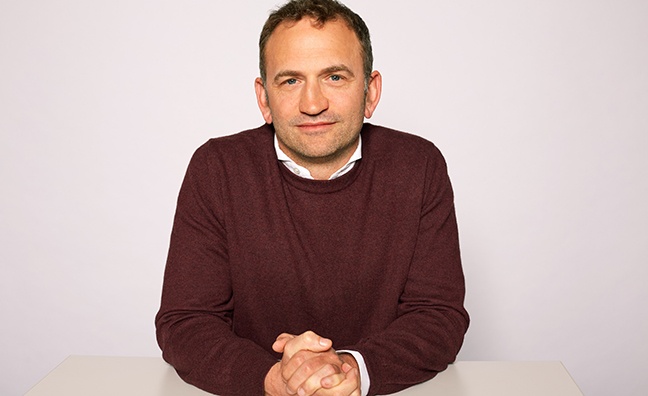 Columbia president Ferdy Unger-Hamilton has spoken to Music Week about the label’s “fantastic” year and plans for 2019.

In his first full year in charge at Columbia, Unger-Hamilton has seen George Ezra’s Staying At Tamara’s become the biggest artist album release of 2018. Ezra’s sophomore album has sales to date of 595,033, according to the Official Charts Company.

One Kiss, the hit pairing of Columbia’s Calvin Harris and Dua Lipa, has been a global smash (including 1,547,597 OCC sales), while hit-maker Mark Ronson is chasing No.1 with his Miley Cyrus collaboration Nothing Breaks Like A Heart.

“It’s been really brilliant,” said Unger-Hamilton of the label’s performance in 2018. “I’m trying to make sure that George is really successful at Christmas, that’s going to be good.

“It’s been a fantastic year, I’ve got a really great team of people who are all exhausted now. We’ve had great records from the roster and great new things coming through. I think everyone’s a little tired but they’re enjoying themselves.”

A year on from the appointment of co-MDs at Columbia, Stacey Tang has recently moved to RCA, leaving Manish Arora as sole managing director.

“He’s doing a fantastic job,” said Unger-Hamilton. “We’re really sad to lose Stacey because she’s our friend, but everybody is really gelling. I like it in a record company when the staff are close to the artists.”

The label’s just released the late Q4 contender, Springsteen On Broadway, and is gearing up for the Ronson album next year.

“The songs he’s got coming after this are fantastic,” said Unger-Hamilton. “It’s a real album so I think it will sell and it will stream incredibly well as singles.”

“The record’s brilliant, it’s going to go really well,” said Unger-Hamilton. “It will be your favourite record next year, and they’ll come in and do some shows.

“We’re going to continue next year with Calvin, he’s doing amazingly well, and we’re also going to be coming back with some brilliant Rag’N’Bone Man music next year too.”

Unger-Hamilton also tipped some rising stars for 2019. “It will be a big year for Rosalía, Koffee and King Princess,” he told Music Week. “I’m pretty excited about a lot of stuff.”

Pick up the latest issue for our interview with Artist Of The Year, George Ezra.