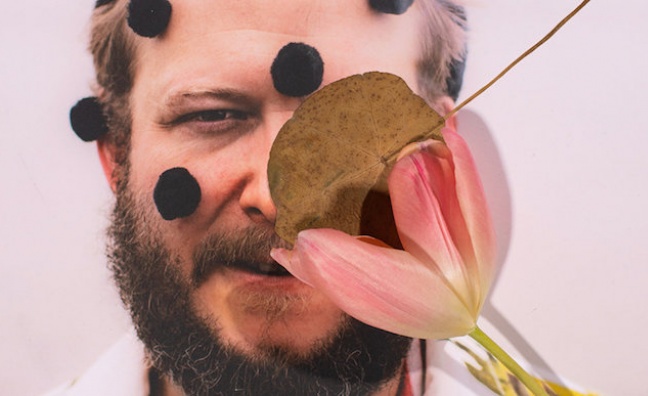 When Bon Iver’s new album I,I debuted at No.11 last month, long-term fans might have been surprised by its failure to make the UK Top 10 like his two previous releases.

But there was a crucial element missing in the 4,165 first week OCC sales – a physical edition. Three weeks on and I,I is set to rebound from 106 to the Top 10 again in the latest chart, as fans invested in the CD or vinyl.

Here, Secretly Group’s Tom Davies opens up about the indie’s digital-first strategy for the LP…

What was the idea behind launching on streaming platforms first?

“The thinking behind the digital-first release strategy was to make sure that fans had some real time to get into the new songs before the US tour dates in September. This will be Bon Iver’s most expansive and largest tour to date, so we felt it was important that fans were able to go to those with some real understanding and love of the new music.”

Is this a first for Secretly – and how has it worked out in terms of launching the album?

“Whilst we’ve had other records that have already been available digitally when we’ve launched them, this is the first where the digital-first release was actively built into the timeline. We knew the pitfalls going in, but felt that audience needs trumped all of those. It certainly felt like a real moment for Bon Iver as the tracks began to launch one-by-one on August 8, a really exciting day for the fans.”

“Streaming support has been fantastic across all the DSPs. We definitely felt like there was a sense of support and enthusiasm for our rather unusual release of the audio across the day. As far as Spotify goes, we have collaborated with them on a bespoke (and rather fantastic) website/app, which tracks the listeners of the album globally. This launched just last week and has had a lot of coverage – it’s pretty spectacular. We had outdoor marketing support from them in New York, LA, Nashville and Toronto.

“With Apple, Justin did a 45-minute video interview with Zane Lowe and the band also did an audio track-by-track as part of the Editor’s Notes feature on the album product page. We had tons of social support, particularly on the track-by-track roll out day from all platforms but notably Apple, Spotify and YouTube, where we launched a visualizer with each track by the hour. Some great playlist placements too.”

How will the campaign now shift with the physical release?

“We’re definitely hoping for two big weeks. Prior to the unannounced digital release, we did put a lot of focus on the physical edition of the record, driving pre-orders, arranging listening sessions in 60-plus record shops around the world and focusing on creating a really special package for the record. There isn’t a deluxe edition – all copies of the record will have the bespoke transparent o-card packaging and extensive booklet). A lot of our marketing was still focused around the August 30 physical release date.

“We also gave away a limited edition flexi-disc which was only available at the in-store listening sessions on August 7, and we’ve created limited edition enamel pins to be given away with the record at indie stores during release week. As a company, and as music fans, we still place a huge cultural value on the physical release of our records and we’ve spent a lot of time making sure that was still a major focus of this campaign.”

Is there a plan for singles and is the music getting radio support?

“Naeem is currently on the BBC Radio 1 playlist and BBC 6 Music playlist and continuing to pick up a huge number of plays across other BBC and regional stations.”

There are interesting collaborators such as James Blake, Aaron Dessner and Bruce Hornsby, while reviews have noted that it is a more accessible album. Can it reach a wider audience for Bon Iver?

“The guiding story behind this record was one of community and collaboration. Justin has spoken about this in various interviews around the record – the collaborative process amongst those 60 or so people involved in the making of the record made this a big leap for Bon Iver. Of course, as with any record, we’re hoping that it can reach a wider audience, whether that be fans of other collaborators or just people who are interested in his approach to making music.”

Was the All Points East show a good set-up for the UK campaign?

“Interestingly enough, the All Points East show was booked entirely separately from the campaign (the record was not written or finished when APE was announced) so it was with some serendipity that it kicked the campaign off. However, once we were able to put our timeline together and see that the APE show would form a perfect jumping off point, it was really exciting to make that launch feel like a really fan-focused moment – the two tracks playing right at the end of his set, kicking off the campaign a few hours before we formally launched the two tracks the next day.”