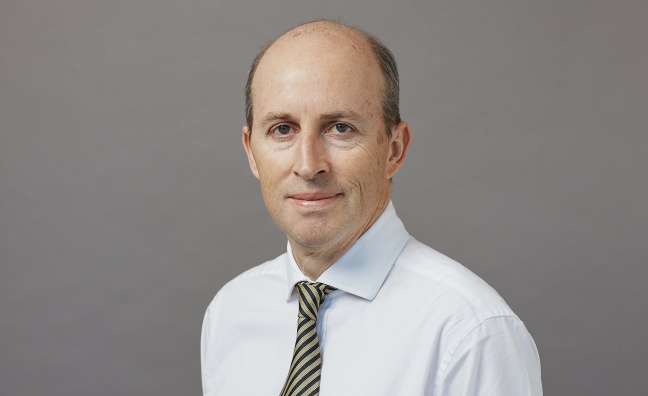 This Saturday (October 13) marks the first-ever National Album Day, which coincides with the 70th anniversary of the format. The event, will celebrate all aspects of the album – from the music to the sleeve art – and cover new releases and classic recordings in all genres. It is being organised jointly by ERA and BPI and also has the backing and input of BBC Music, AIM, Classic Album Sundays, FAC, MMF, MPG, Official Charts Company, PPL, United Talent Agency, and UK Music.

And Music Week is getting involved in the action, too. Our latest edition is dedicated to the album, with million-selling pop superstar Jess Glynne appearing on our cover to pick her all time Top 10 records, and reveal the story behind her second album, Always In Between, which is released via Atlantic on October 12.

On top of that, we’ve also asked a host of top names in the biz, from Lily Allen and the The 1975’s Matthew Healy to Virgin EMI’s Ted Cockle  and Decca Rebecca Allen, to name the record that changed their lives.

Here, in a very special guest column, PPL chief executive Peter Leathem weighs in on what the album means to the music biz in 2018 and beyond...

"PPL celebrates its 85th anniversary next year so the company is just a few years older than the – which is generally recognised as coming to the market, in its modern form on one disc, in 1948 when Columbia released Mendelssohn Violin Concert No 2. in E minor by Nathan Milstein on the violin with the New York Philharmonic.

PPL is proud to be associated with National Album Week. While we work at an individual recording level when it comes to licensing billions of seconds of airplay across radio and TV, I know just how important albums are to the 90,000 performers that we paid in the last year.

Indeed, PPL’s history is steeped in the culture of recordings and the musicians and producers that make them, and the labels that invest in them and bring them to market.

PPL came into being in 1934 after a legal case was brought against Stephen Carwardine & Co, restaurant proprietors of Bristol, on the basis that the copyright in the 1931 recording Overture, The Black Domino, performed by the London Symphony Orchestra, was infringed when the restaurant played the recording to its customers. The case was won, thus setting in stone the principle that the copyright owners of sound recordings should be paid for the public performance of their recordings. PPL was formed to license those public performances.

The album is not just culturally important; it has economic importance as well

Fast forward to today and PPL’s role has expanded to include broadcast and some online licensing, and we have details of over 13 million tracks in our repertoire database – of which naturally a great many are album tracks.

In August, PPL published an exclusive Top 20 chart to celebrate the 50th anniversary of the release of Hey Jude, featuring the most played recordings this century on the iconic Apple label. That chart included three recordings (Here Comes The Sun, Back In The USSR and While My Guitar Gently Weeps) that were ‘only’ album tracks.

We can now exclusively reveal the Top 3 album tracks, never released as singles, that have been played most in the 21st century. They are:

2. Here Comes The Sun – The Beatles

She’s Electric is the ninth track on Oasis’ second album, ‘(What’s The Story) Morning Glory?’, released in October 1995. Six singles were released off the album - but not She’s Electric.  Here Comes The Sun was seventh in the previously mentioned Apple chart, while in last year’s PPL chart, to celebrate the 50th anniversary of the release of Sgt Pepper, A Day in the Life was the most played track from the album this century.

The album is not just culturally important; it has economic importance as well. As a reminder: as part of the UK’s Creative Economy, currently worth £92.4bn, the music industry is valued at approximately £4.5bn. The UK is one of only three net exporters of music in the world. As the BPI recently reported, overseas earnings by UK record labels were up 12% to £408.4m in 2017 – the highest this century – and recorded music has now earned over £5bn in exports for the UK economy since 2000. PPL’s international revenues have grown from £2.9m in 2005 through to £49.6m in 2017.

Album sales numerically and, therefore, sales revenue, might be down from the peak years at the turn of the century but, because the industry has changed so much in that time, that doesn’t really paint the whole picture of the album’s broader economic, and cultural, importance.

The impact of albums is still significant. A collection of songs as an album can still provide artists with a unique platform that goes beyond the reach of just one song and engages more fully with fans.

In the run-up to last month’s Mercury Prize where their album Your Queen Is A Reptile was nominated, Shabaka Hutchings of Sons Of Kemet remarked: “ …it might be a coincidence, but I’ve noticed things happening since we were nominated this year…..this is like a little stamp: you are given a level of validation that reverberates.”

So it is both timely and important to recognise the significance of the album as the LP celebrates its 60th birthday and when vinyl is enjoying such a resurgence; it will hopefully become an annual event."

Subscribers can read our full Jess Glynne interview here, and check out her 10 favourite albums of all time here. The full list of music biz album choices is available here.