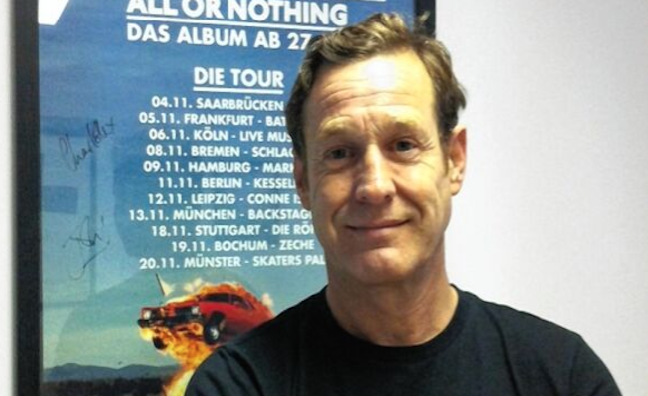 PledgeMusic co-founder Malcolm Dunbar has signed a new long-term contract with the company, which will see him continue in his role as president of UK and Europe, whilst expanding his role to include additional international duties.

Under Dunbar’s stewardship, PledgeMusic has enjoyed its most successful year to date in the UK and Europe, with frontline revenue growth in excess of 75% up on 2015. In September, pre-order campaigns with artists including Passenger, The Divine Comedy, Pixies, Kaiser Chiefs, KT Tunstall and Marillion all charted in the Top 10, with Passenger hitting the No.1 spot. The company was also the exclusive D2C pre-order platform for the release of Robbie Williams’ Heavy Entertainment Show, which entered the UK album chart at No.1 in November.

“Malcolm Dunbar has done an outstanding job of building and growing the vision for PledgeMusic in the UK and beyond,” said CEO Dominic Pandiscia. “The partnerships he has developed and results delivered this year are remarkable. It’s been a privilege working with Malcolm and his team as we forge an incredible future for PledgeMusic and I look forward to continued success.”

“The PledgeMusic direct-to-fan model allows us to energetically contribute to the pre-order set up and marketing of chart acts, as well as enabling crowdfunding and supporting the development of new and emerging talent,” Dunbar added. “Our community totals 3 million users and continues to grow. PledgeMusic is truly flourishing in the UK and Europe, the last 12 month period has seen double-digit growth.”