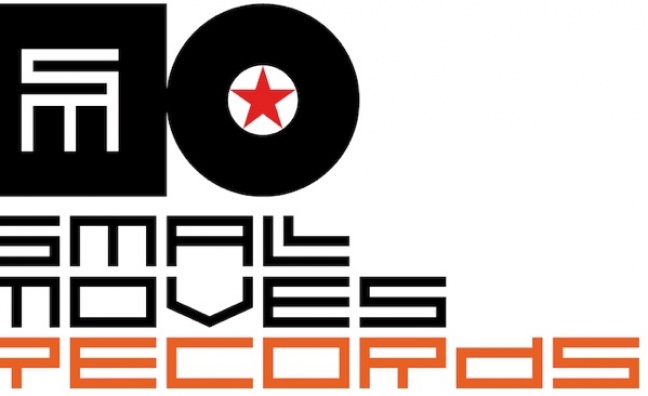 A new Manchester independent label is born today – Small Moves Records. The brainchild of A Certain Ratio's Jez Kerr, Steve Brown from Higuera Records and Factory Records' graphic designer Trevor Johnson and boasting an ethos inspired by other legendary indies, the label is "is born out of a collective love of independent labels, great records, made by great musicians," according to Kerr. Its first release is an EP from Sheep In Fog Collective which features Kerr and members of The Orielles, The Short Causeway, The Lounge Society and Muddy Feet. It's also graced by the vocals of the late Denise Johnson. The label's three bosses exclusively told Music Week why they felt it was time to make the Small Move into Records...

Steve Brown: "It’s something we have been talking about for a while. I think it was back in June last year when I was speaking to Jez about a song he did around 10 years ago and asked him if I could release it on my new label, thankfully he agreed and it’s in the pipeline for release in a few months. Teaming up with Jez and Trevor is an opportunity I couldn’t miss – the timing is right in that sense."

You say you will adopt the ethos of other legendary indie labels; how will this manifest itself?

SB: "By giving the bands freedom to release songs they are comfortable with. Artists need freedom of expression, not to be forced down a path to suit trends and label agendas. We plan to manage bands in the same vein as Factory Records, but without as much chaos. The connection we made at the outset was via our own experiences and references to other labels such as, for me, Blue Note, ECM, Stiff, 4AD, Mute and of course Factory, where graphics and visual representation were as relevant, identifiable and just as iconic and influential as the music."

What have you learnt from working with indie labels in the past?

Jez Kerr: "From Factory I learnt, with hindsight, that chaos is a key element, it’s what makes it worth the while. From Mute, I learnt that it is probably a good idea to have some kind of co-ordination, some kind of plan. But from both, that passion is a must, and a bit of style always helps."

What kind of acts are you looking for?

SB: "There is no specific agenda, working with young bands is fun and their naivety can be a breath of fresh air, they tend not to be constrained and are fearless in terms of musical composition. We have an in-house production team and studio which helps keep costs down, with Jez and Archie Dewis providing support during the recording process."

What can you tell us about your debut release?

JK: "The name Sheep In Fog Collective came about because Ariel Studio is very close to where Sylvia Plath is buried, and Sheep In Fog is one of her poems. The EP features a variety of musicians from various bands around the area, Archie Dewis [Lounge Society] runs the studio and he and I produced and mixed all the tracks, except for the Muddy Feet remix, which was produced and mixed by Muddy Feet. Sidonie, who plays drums in The Orielles is singing the lead vocal, Denise Johnson also sings and takes lead on a couple of the tracks. Claudie Nicholson sings on the tracks and also plays guitar, Claudie, along with Hayden Davy and Rufus Stott Leach are a band from Hebden Bridge called The Short Causeway. The vinyl has four tracks and the CD has six tracks."

I think it was a great friend of A Certain Ratio, Rob Gretton who said: 'You're not a proper record label until you've lost money on ACR!'

When did Denise Johnson record her vocals? Were you keen to pay tribute to her talent with your label's debut release?

JK: "It was just before Covid hit us. Sid and I worked on the original version at a home studio, and then we took it to Hope Mill Recording studio in Manchester. The studio is where Denise recorded her solo album with friends, guitarist Twem and Dave Tolan. We recorded Denise's vocals and Sid's vocals there. I think that all her music is a tribute to her talent, Denise was excited about the project and the songs have a lot of her spirit present."

Will you be an album and singles label long term?

SB: "Yes, our main priority is releasing vinyl, as well as other formats. There is something special about a great recording in a fantastic sleeve, this is where Trevor works his magic. We are in this for the long term, this is just the beginning."

Considering all your Factory Record connections, what sort cataloguing system/catalogue numbers are you using?

Trevor Johnson: "Cataloguing is not unique, of course, but my experiences working with Factory meant celebrating mundanities that would often be overlooked and so every attention to detail was explored, evaluated and defined. Many Factory activities are still to this day referred to by their FAC numbers and without being a parody, that sort of detail is something we all like and wanted to feature and felt others who maybe weren’t so familiar would connect with also."

Finally, is there anything that Tony Wilson ever said to you that's come in handy with setting up the label?

JK: "Not specifically setting up a label, but Tony quite often emphasised that what is happening in the music is the most important thing and that passion and determination are essential. But I think it was a great friend of A Certain Ratio, Rob Gretton, Joy Division and New Order's manager, who said: 'You're not a proper record label until you've lost money on ACR!'"

TJ: "Ha! Everything Tony said was enlightening, but mostly his spirit of adventure and relentless enthusiasm was infectious. He did once say, ‘We made history not money, darling!’ but, more than anything, the notion of praxis is what resonates most still, that: 'You learn why you do something by actually doing it.'"